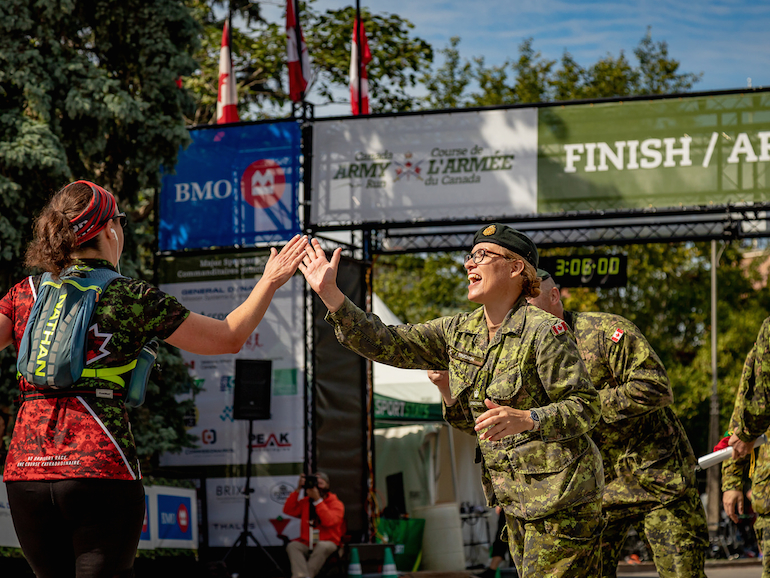 Canadians flock to Ottawa for annual event to remember, to give thanks, and to run!

Canada Army Run is a lot of things to a lot of people. But towards the end of the race, when participants run by the many photos on Remembrance Row, those veterans who have passed away in service to our country, 20,000-plus are brought together to create a community that values something more than personal best times. And that’s what makes this race experience unlike anything else.

“I love what this event stands for,” says Lindsay Chung. “Participating in Canada Army Run is a chance for me to show my support for our Canadian Armed Forces members and our veterans, to thank them and to raise money to help them.”

And Lindsay isn’t alone as the race continues to grow by leaps and bounds since the inaugural edition in 2008, and is already the largest 5K race in the country at 10,000. 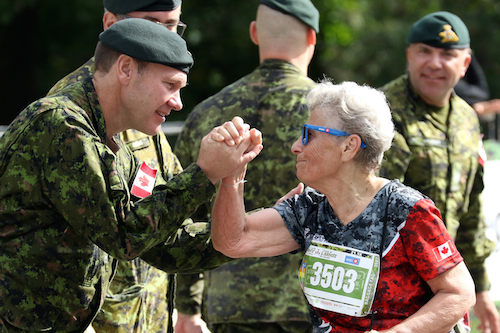 Heading into its 12th year, the Canada Army Run continues to offer a 5K, 10K and half-marathon course in addition to a number of unique challenges for runners such as the Normandy Challenge (5K followed by the 10K) and the Commander’s Challenge (5K followed by half-marathon) as well as many complementary events such as the BMO Kids Zone, live entertainment, social activities as well as military-themed displays, military re-enactors and historical displays.

This year, the race is scheduled for Sept. 22 in Ottawa, Ont.

Hopefully, a Manitoba veteran by the name of Fred Connor will be there.

Fred is one of the soldiers who benefited from the organization Soldier On, one of the charities for which Canada Army Run raises money. 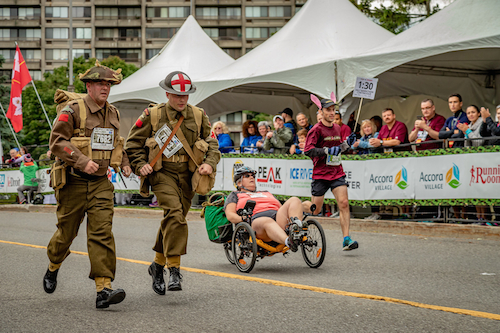 He was medically released in 2008 after suffering a lower back injury and following two surgeries on his left knee. Oh, and he also had PTSD.

Before his injuries, he was a very active soldier who loved to run.

“At the time, I was in the process of exploring just what I could do when Soldier On came in and did a briefing,” says Connor. “I didn’t know if I deserved it.”

Soldier On helped Fred, and he attended his first event in 2012 and hasn’t looked back. 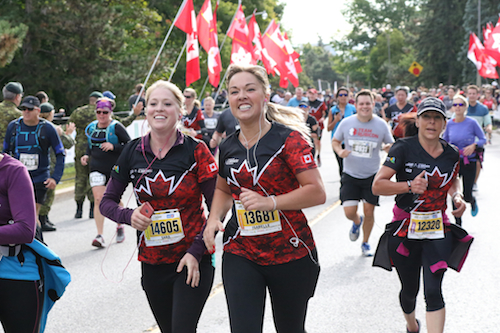 “It was awesome, that spark was relit again,” says Connor, who joined the Army first as a reservist in 1984. “I went out and participated with Soldier On the first time and came back every year on my own. I’ve changed my lifestyle a lot, I’m back to running again, doing half-marathons, eventually even a full marathon.”

In addition to Soldier On, the race also benefits the Support Our Troops fund. Canada Army Run has raised more than $3 million for these organizations since 2008.

This year is also the first for newly minted race director Major David Tischhauser, CD. Although he’s been involved with the race for many years, he’s excited about building on the success of the race in his new position. 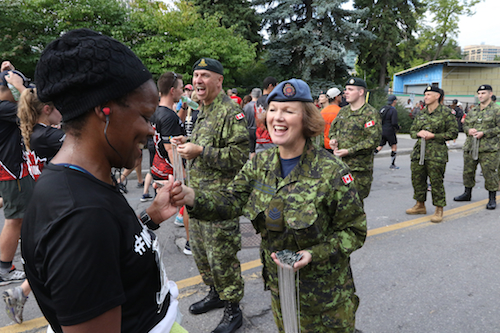 “Army Run is not an ordinary race,” he says. “I mean, having people in tears, hugging you and thanking you and telling you their stories and their connection to the military whether it be sons or daughters, fathers, mothers, husbands, wives who are members of the military, who have been deployed and made sacrifices to the service in the military, relatives who have served, perhaps fallen. There is just so much there. It’s really deeply moving to be a part of it.”

“People have a relationship with this event,” says Tischhauser. “There is an interesting connection and story to what we do, and there is a lot of value to that.”

There’s also value in the beautiful city of Ottawa that offers a great opportunity for a bit of a vacation to go with the race. 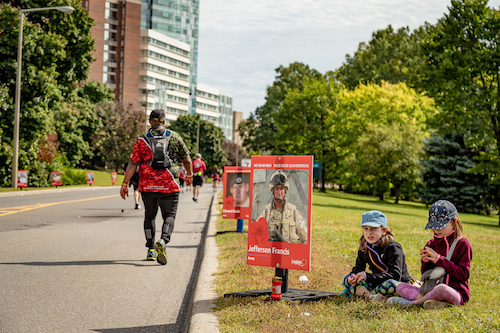 As a resident of Quesnel, BC, Chung likes to turn the race into a holiday week in Ottawa. “September is such a beautiful time of year in Ottawa, and I’m so glad I get to spend that time there every year,” she says.

Chung’s father is a veteran who served in Rwanda, one of the reasons she connects with Army Run. In the end, like so many others, it’s the Remembrance Row that gets her.

“It can take your breath away when you are running by and you see a photo and a name you know,” she says. “For me, it’s an important reminder of why I am running this particular run, and I really appreciate that opportunity to think about these men and women as I run.”

Toronto's Matt Cuesta and his 46-day pledge to run and cycle in honour of George Floyd
Add some adventure to your virtual running with the exciting X-League summer series
COVID-19 Virtual Run has already raised thousands for local hospitals and continues to grow
Rising food insecurity inspires bold new Toronto Food Run Challenge
Bike camping adventures offer the perfect antidote to 2020
Beaches for Backcountry Camping
Quarantine routines: Cyclocross champ Gunnar Holmgren on gardening and gains
How to make the transition from rope climbing in the gym to sport climbing outside