It's all about the runners at iconic Toronto Marathon 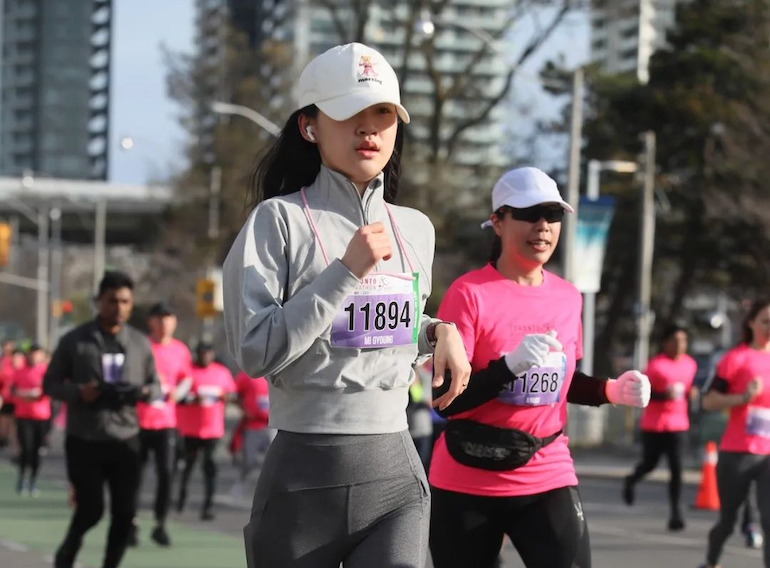 There are many races of all shapes and sizes in Toronto. But there is just one that offers participants a comprehensive tour of the inner-workings of Canada’s largest city and that’s the Toronto Marathon, scheduled for May 3.

Since 1977, this legendary race has made it a mission to take runners through the many amazing neighbourhoods and sights that make up this great destination. And, it’s what keeps runners coming back year after year. Runners like Collingwood, ON resident Nick Brindisi, who ran his first Toronto Marathon in 1988.

“What I like about the race itself is the fact that it’s the one that truly gives the participant a tour of the city. You get everything from North York to Casa Loma, the Rosedale Valley, St. Lawrence Market, the downtown, the waterfront and CNE to mention a few,” Brindisi says. “Couple the sightseeing with a course that has more downhill than up and you have the potential for a fast time.”

This year’s race weekend will see thousands of participants take part in everything from a full Boston-qualifying marathon to a half-marathon, 10K, 5K race/walk and relay.

Glassman took over the race back in 1995 and has successfully guided it through a series of changes such as having to relocate from the original Queens Park finishing area, as well as being forced to move the event date from the fall to the spring. And, in so doing, he’s had to get creative and really push the boundaries of race directing to include some groundbreaking initiatives including his now internationally renowned psyching team. 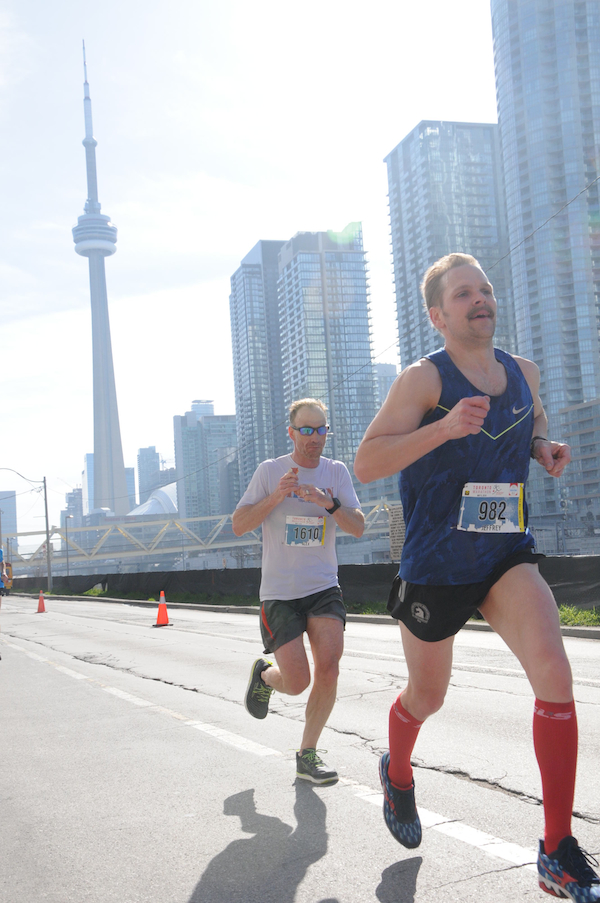 The program was initiated 17 years ago by Dr Kate Hays and has since grown to a team of 30-35 sports psychologists who work with runners to get them to the finish line.

“We call it ‘mind over marathon,’” says Glassman. “With people hitting the wall sometimes it’s physical but sometimes it’s mental. Our psyching team can help give you some of the tools to visualize and help you reach your goals.”

Although it took a while for the concept to take hold, Glassman says runners now seek out the psyching team members whether at the race expo, before the race begins, or during the race to help them meet their goals.

“They are there to help and engage people,” Glassman says. “There are a lot spread out along the final 10K, the Lakeshore portion of the route, to assist runners who might need it in the final push towards the finish.”

According to Glassman, the program has been so successful that representatives from races around the world come to Toronto to spend some time with the Toronto Marathon team intent on starting a similar service at their own races. 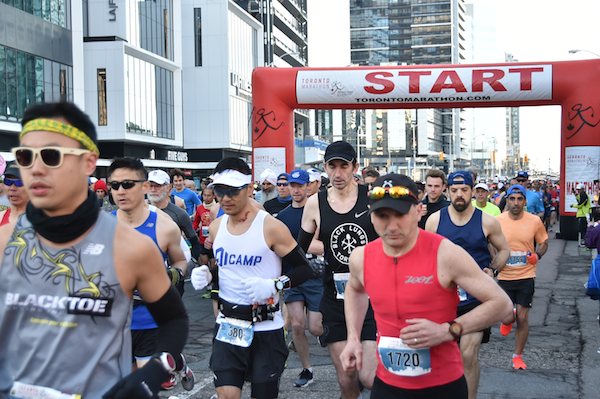 “It’s been huge for us and certainly very unique for us,” he explains. “There are not a lot of events in Canada able to put in place this kind of team.”

The longstanding event has had its share of changes over the years. And this year’s race, slated for May 3, is no different, according to race director Jay Glassman, but it’s a positive move.

“Last year, we were at the Better Living Centre and this year we are moving the finish just north to the Queen Elizabeth Building (in Toronto’s Exhibition Grounds),” he says. “We’ve adjusted the route so we finish right in front of the building near BMO field.”

Glassman and the Toronto Marathon seem to make a habit of putting the needs of race participants at the forefront of everything they do. 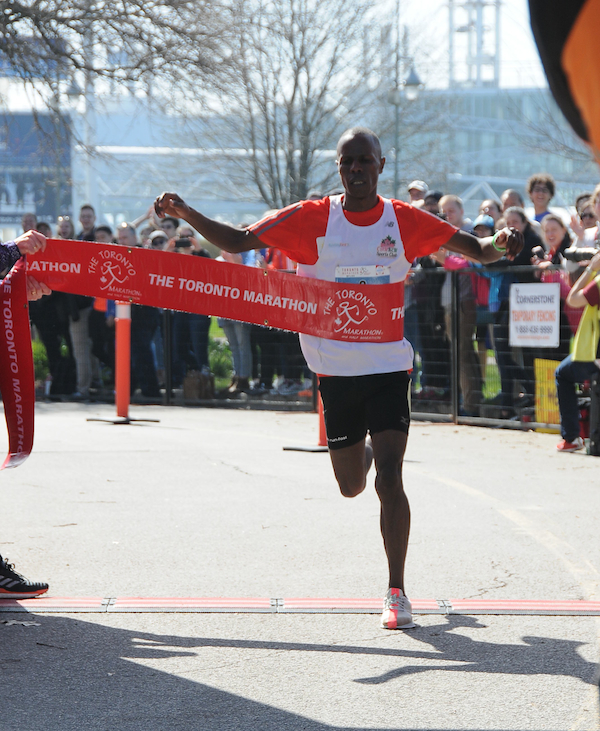 At the finish line, participants are not greeted with a handful of massage tables and RMTs with huge lineups. The Toronto Marathon has a massive, event-leading team of anywhere from 200 to 300. In addition, the emergency medical team is second to none.

The race expo is huge and runs all weekend including on race day, and, of course, there is plenty of food and a large beer garden to cool off afterwards.

And, according to Brindisi, the race medals are epic. That’s just one of many reasons why he recommends the race.

“The race is so well organized and the volunteers are second to none. They really do a great job of ensuring everyone is hydrated, safe and they cheer like crazy,” he says. “The race features the most giant medal of any race I’ve been in including 100-mile ultra trail races. If one is a hardware junkie this race will not disappoint!”

For more information go to www.torontomarathon.com.

Now could be the best time to plan that cross-country cycling tour
5 provincial parks in Southern Ontario now open and perfect for a trail run or hike
St Thomas runner first to finish Great Race Across Tennessee ahead of 19,000 others
Our massive list of 25 (and counting) virtual races of all shapes, and sizes
UTMB officially cancelled for 2020
Adidas set to launch new Terry Fox collection to celebrate 40th anniversary
The Golden Ultra has officially been cancelled for 2020
Federal government of Canada announces national parks will be reopening in June