Last March 1, approximately 4,000 runners, and New Balance pace bunnies from across Ontario and south of the border competed in the 24th running of the Chilly Half Marathon, Frigid 10K and Frosty 5K. Most haven’t run another race since.

Held by the crack team at VR Pro Races, the Chilly has grown to become a vital part of the Southern Ontario running scene for almost a quarter-century and is one of the first major events to kick off the road racing season. 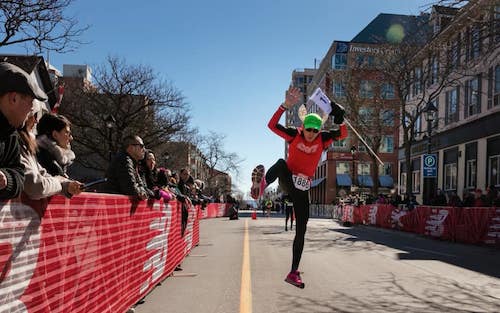 Now, 2021 the iconic race is organizing a very special virtual event. According to VR Pro co-founder Kelly Arnott, there will be lots of announcements about timing, awards, prizes, gifts, routes and global participation to come!

“We will have one fantastic Virtual Chilly Half, Frosty 5k and Frigid 10k s and we will be announcing lots of great stuff as we plan and that will be very soon,” the VR Pro team announced. “We do want to share with you all that you are superstars and we will have a commemorative ring as a finishing gift or a choice of two medals plus the amazing New Balance Shirt (colours will be released in the next couple of weeks and I know you love these colours, you have told us!).”

The race has been known to attract some of the country’s top distance runners such as Reid Coolsaet, and Krista DuChene. In addition, Tristan Woodfine, who recently got a PB and bested the Olympic qualifying time on his way to a great finish at the London Marathon last weekend, is also a former Chilly winner.

“The Chilly Half Marathon has always been a perfect choice to include in my marathon builds,” DuChene says.
“And it’s great to be a part of Vr Pro, and Kelly (VR Pro co-founder Kelly Arnott) has been great. It’s a wonderful organization and the Chilly Half race I’ve done for many years. It’s well-organized and the community is wonderful.”

Get Out There has reported on the race for years, even sending our running reviewers down to film a few videos.

“The best race of the year was the 2020 Chilly Half, Frosty 5k and Frigid 10k. Sadly this may have been the only race for so many. I know we have such a strong group of Chilly and Frosty/Frigid Runners that will stay strong and keep training and helping our other friends and runners through these times,” the VR Pro team stated via email.

“We felt it was only fair to all of you that have entered the race to let you know at this point, we are announcing that the 2021 Chilly, Frosty and Frigid will be virtual this year.”

The move offers the team an opportunity to promote the popular race from coast-to-coast in Canada and beyond the country’s borders. 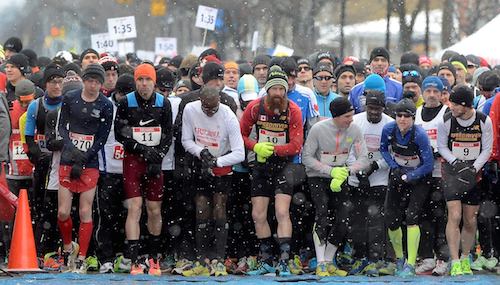 Arnott reminds us that virtual events are a great way for runners to maintain training and motivation by setting goals. There are many runners who have used the Chilly to run their first half marathon or 5K, and 2021 should be no different.

“At this time when we have to social distance to avoid the spread and real races have been cancelled, we can still all go out and run or walk and train! Goals are so important and therefore having something substantial to work towards,” Arnott says.

As always, the VR Pro Races Facebook group will continue to provide a sense of community for runners who are looking for training tips, motivation and camaraderie. This is also a great place for race updates, and to win prizes.