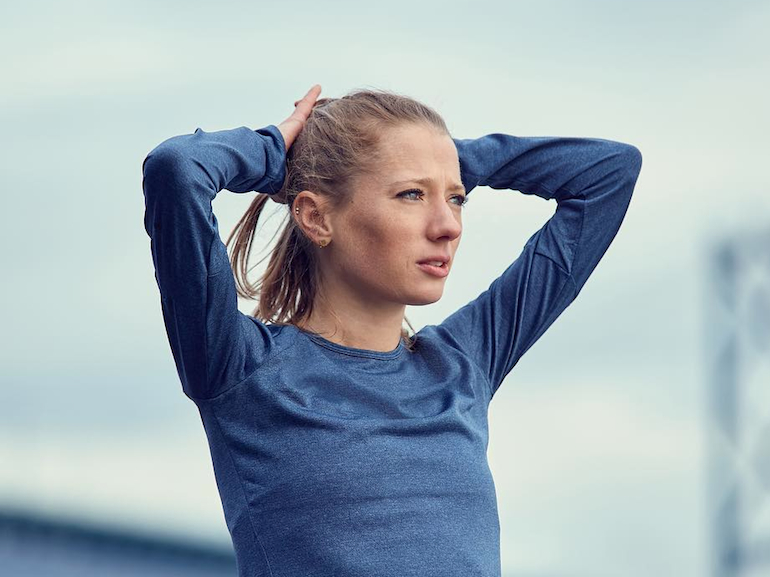 Rae Cliff is one of the best marathoners in the country and part of a number of talented female runners who are collectively propelling Canada to greater heights.

She broke the Canadian marathon record in March of 2019 on the way to securing her place in the (now) 2021 Summer Olympics and the half-marathon record last December.

Like the rest of us, Cliff has been quiet as of late as competitions have been shelved due to the COVID-19 pandemic for the better part of a year.

“It's just been an adjustment year, a good year for recovery, a good year to kind of take care of some things strength-wise and things that had to be taken care of, but definitely not expected,” she says.

Cliff is hopeful about a return to competition in the new year, even if it looks a little different in the early going, especially regarding the Tokyo Olympics scheduled to get underway July 23.

“I think they will go ahead,” Cliff says. “And I think that athletes need to actually be going ahead until you hear otherwise, but I think they're going to look really different, like everything that we hear is that we'll be no closing ceremonies and no opening ceremonies, it'll be in and out.”

Recently, the Vancouver-based runner teamed up with Vancouver Running Company and On Performance Running Shoes for a beginner running video series called First Flight Road. Get Out There asked Cliff about her own advice for new runners.

One of the videos is on injury prevention, always key when starting out, what’s the best advice there?

I think it is important to do a proper warm-up and cool down. The little things that I think when you've been in the sport for a long time you take for granted, but it's really important. If you're going to lie on the couch for a day working in COVID times or sitting at your desk then jump out the door and go for a run, obviously, it’s best to do a little warm-up before going. And similarly, when you finish your run, it's important to not just stop and sit down again but to do a bit of a cooldown. Also, if you're moving into running just make sure to have an active lifestyle as a whole, not just running. It's about being active, but also being conscious of the load you're putting on your body.

I really like pool running. It's something just a little bit more challenging with COVID, obviously, and the restrictions. But I just feel like it's a really nice type of class, it keeps you using several muscles for running but there isn’t the pounding on the pavement. I actually feel like it works similarly to having a massage in some ways. And, just going for a walk or hike.

What’s the advice in terms of how far to go and how fast?

The rule of thumb you hear is 10% every week, you don't want to go above that. It's really good advice. Everybody is a little bit different, and it's important to listen to your own body. There should be a natural progression. It’s less risky to give your body some time to acclimatize.

And planning then for this type of schedule is important?

For sure, not setting up a plan, I think is one of those things that people do. They kind of run one day, then not for four days, then four days in a row of running. You either need to get a coach or research yourself and come up with a weekly plan. And then you're taking notes, about how your body feels and whether or not you think you can do more or less. It’s a learning process. Really, the key I think, is when you get into running to be running more a month from now than you are right now. So whatever you need to do to do that is really important.

At what point should people start doing different types of running workouts like hills?

It depends on where you're starting from. If you've already been running consistently, I think you're ready to start workouts but I would feel that if you really haven't been running consistently. I think you probably want to be at a point where you've done a month of running four to five days a week before starting to add workouts. It’s best to establish a running volume that you're happy with.

I think balance in your diet goes a really long way. So getting in three square meals that have protein, carbs, and vegetables. As a runner, I don't there's anything I don't eat although some athletes might be vegetarian or lactose intolerant or something like that. But, provided there's no reason to not eat a certain food group, I think you want to get as much variety as possible and really prioritize healthy meals and some solid snacks if you're doing some big workout.

For a great rundown of all the information you need to get running right now, be sure to tune into the First Flight series at this link.