Shorts Over Tights or Tights Solo 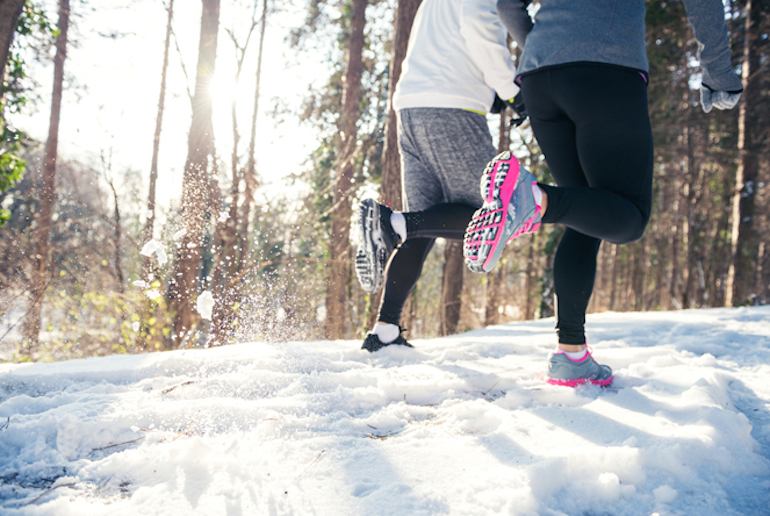 Shorts over running tights or no shorts over running tights, I can’t think of a more polarizing winter running debate out there amongst men. On one side you have guys who appreciate the extra buffer while on the other you have those who believe that if a man feels the need to wear an extra layer over his tights he should just stay indoors. Even some ladies are quick to weigh in about their appreciation for men in tights or how they’re horrified by it.  Who knew that men’s winter running fashion could be such a hot topic? The predominant pro-shorts-over-tights argument is two-pronged: warmth and modesty.

It’s cold out there, and in extra cold temperatures, some guys want all the frigid weather and wind-blocking protection they can get. Anti-shorts-over-tights advocates will argue how there are high-tech solutions such as GORE’s Windstopper tights, which help shield your manhood. However, if you have a pair of regular running tights and a pair of running shorts, why not combine the two for some cost savings? Besides haven’t we all heard about the importance of layering, and out of all places to layer could there be a more important place than down there?

The debate gets more intense on the modesty front. A quick search on running blogs reviles that it does not take long for this seemingly harmless question to get impassioned. Some go as far as to question the original poster’s masculinity for even questioning himself for running out the door without shorts over his tights. Besides some added wind protection, shorts over tights feel more appropriate to some as they run by seminaries and through school zones for obvious reasons. That’s likely why superheroes wear underwear over their spandex. Some manufacturers even produce built-in outer short versions of their skimpy compressions shorts to alleviate this problem.

For a view into the mind of a shorts-over-running-tights man, look at it this way; running tights are basically running long underwear and some guys even use traditional long underwear as tights. As long underwear is underwear, how often do you see guys (or girls for that matter) running down the street wearing just underwear on regular training sessions?

As this is clearly a personal comfort decision, it’s completely up to you whether you feel the need to slap on a pair of shorts over your running tights. Wear what makes you feel most comfortable as chances are you will perform better and stay out there longer if you feel confident with your winter running gear selection.

Five places you can camp right on the beach in Canada
An epic new cycling event from the team behind BC Bike Race
Now could be the best time to plan that cross-country cycling tour
Secret Spots: New Brunswick trail runner Blair Mann's faves
Toronto area runner Elias Kibreab sets new FKT on Ontario's Bruce Trail
An epic 500K gravel biking challenge in the beautiful Eastern Townships of Quebec
What you need to know to start ultralight backpacking this spring
What you need to know to start camping this spring