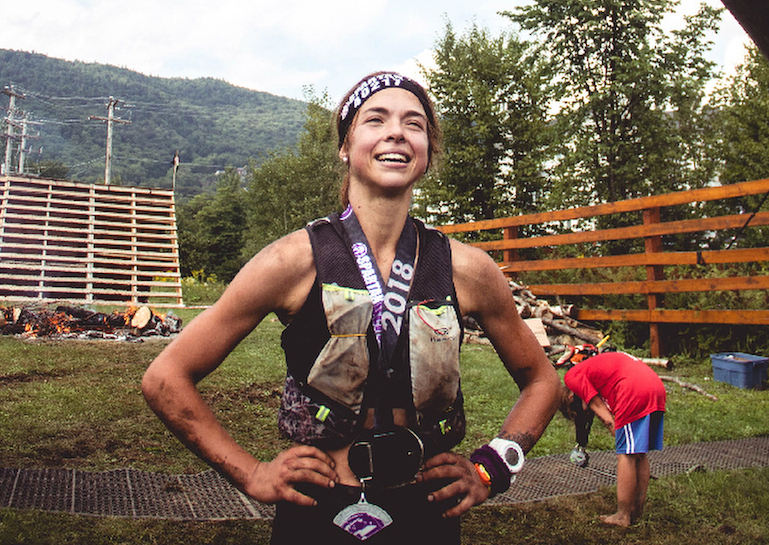 Anne Champagne has always loved to compete and run. From a young age, she felt most alive when scampering through a forest. When she was just 12 years old, she entered her first triathlon and started running cross-country. Now 24 years old, she’s one of the most exciting young athletes in the country pulling off a historic win last year at the Stoneham Spartan Ultra Beast where she dominated the field, defeating all the men and women.

Only a few years ago, while doing CrossFit, she entered an OCR (obstacle course race) for the first time.

“It was something I did for fun, but I had a good result and I thought maybe I had a talent in that sport,” she says, on the phone from her home in a small-town north of Montreal, Quebec. “The last three years I’ve been doing OCRs, and getting good results, but then last year was just amazing.” 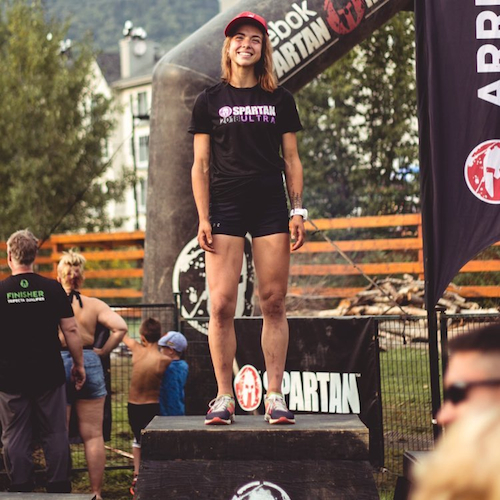 The event was the Spartan Stoneham Ultra Beast, an unforgiving ultra trail run meets gruelling obstacle course. Over 50 kilometres, athletes encounter a whopping 60 obstacles. In the end, Champagne crossed the finish line well ahead of any other athlete, male or female. A historic first for this race.

“I didn’t expect to have that performance,” says Champagne, who is sponsored by Salomon Running, Suunto, BV Sport Canada and Brixalerable. “In ultra you just don’t know.”

As she explains, based on the competition she knew she could do well on the female side, and she started slowly and kept her pace in the top three at the halfway point before she decided to go for it.

“I decided to challenge myself,” she says. “And I got into first and I just kept the lead. It just felt great from start to finish. That is a moment I will remember all my life.”

Champagne says, that in longer distance races the women are much closer to the men, and although a woman beating the entire field has happened before in other races, this was a first for Spartan Ultra Beast.

American ultramarathon runner Courtney Dauwalter has been leading the way in this regard, and has been an inspiration to Champagne.

“She’s been challenging the boys for a while,” says Champagne.

Champagne is not a professional athlete, but manages to remain at the top of her sport thanks to her relentless training and sheer love of running in the mountains and forests near her home in Joliette, Quebec north of Montreal. 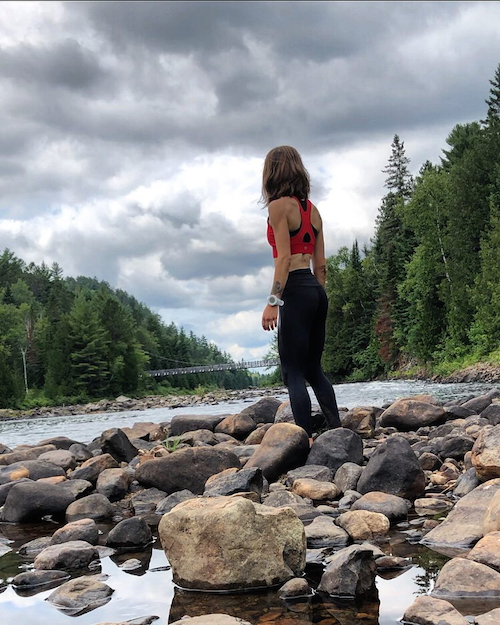 She works as a massage therapist by day, and runs early in the morning and trains afterwards, four days per week. On the weekends, she heads out of town for longer workouts in the mountains. Her favourite stop is Regional Park Forest Ouareau, which at 150 square kilometres allows her to explore different trails and go for really long runs.

Heading into the new season, Champagne is moving away from OCRs and concentrating on ultra trail running competitions.

“I like to do different things,” says Champagne. “And I seem to have more ability running. You have to be passionate and love what you do.”

She’s targeting the Quebec Mega Trail 110K Ultra Trail Championships on June 28 to gauge her level against very good competition. And she is also focussing on hitting the podium at the Ultra-Trail World Tour stop in Quebec in September, the Harricana Ultra Trail.

Long term, she sees herself moving to the 100-mile races, with her goal of soon racing the 171-km Ultra Trail du Mont Blanc, in the French Alps.

“That’s my goal, and the big event in ultra trail,” she says.

Knowing her, it won’t take long.