Race profile: Divas, a running series like no other 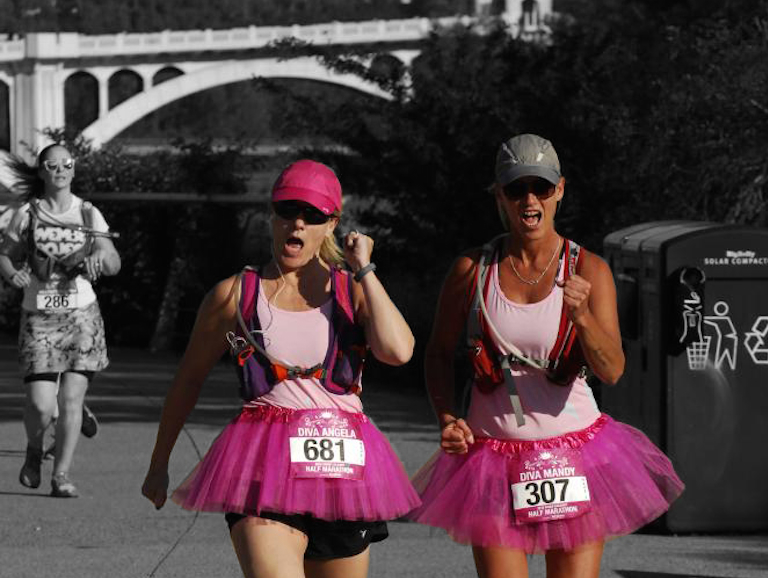 Tracy Pedlar remembers when she had tears swell up in her eyes from the overwhelming sense of liveliness, support and community love that she felt when at a Divas Running Series event. And she’s not alone. If there is one familiar refrain echoed by Divas participants across North America, it’s that the race experience is unlike anything they’ve done before and that they finally feel at home.

Perhaps that’s why the series keeps growing and has also added a speaker series to its event roster to create another supportive space for women to talk about the issue.

The Divas Running Series has two events in Canada this year slated for Toronto on June 9 and Calgary on June 23 in addition to three events in the United States and one in Puerto Rico.

“I have done many, many other races locally and internationally and nothing compares to Divas. Divas is a unique experience,” says Pedlar, a runner turned Divas ambassador from Calgary, Alta. “Once you do a Divas race you want to come back for another one and another one. There’s something very powerful when women and girls stand together and support each other.”

The Divas fun begins with the pink tutus worn by competitors if the so chose. It’s not a requirement but it certainly won’t hurt.  The fun doesn’t end there as each runner passes by the boa and tiara station for a few finishing touches before the finish line where a glass of bubbly and some much-deserved fun awaits. 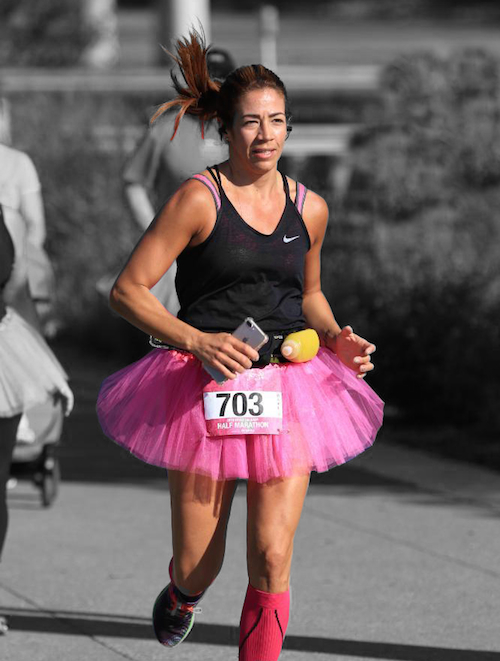 “To be clear, the Diva race is for everyone... for the recreational runner, weekend warrior, walkers, and for men and the serious runners who can claim money prizes for placing,” says Pedlar. “When thousands of women, girls and men are all cheering each other on the sense of pride and friendship is unmistakable. We uplift each other.”

The series was founded in the United States and brought to Canada in 2017 by GWN Events. The first Canadian event was held in Toronto.

“Based on the initial positive response to the Divas Running Series, it was obvious that the Divas’ unique approach appealed to the community,” says Matthew Boyle, director of events at GWN. “The event not only drew interest from avid and casual runners but also provided a platform for new runners to take their first steps in a welcoming and supportive environment.”

In Toronto, the race is held on the beautiful Toronto Islands, and in Calgary, the half-marathon runs along the equally stunning Bow River while the 5K is set downtown. Last year, Boyle says they had over 4,000 runners take part, and the series is still growing.

“It was a nice feeling wearing my favourite colour, pink, as I headed straight to the start line,” she recalls. “This race is great for all types of runners from beginners to advanced. It’s t just a fun community-spirited event with a lot of positive energy.”

Oh, and she just happened to win that first Divas half-marathon. 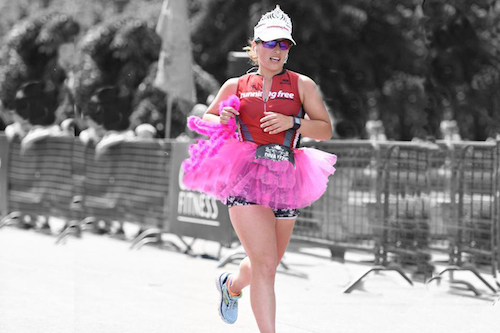 In addition to the race series, there is also a Diva Speaker Series, including the most recent event on April 4 at BlackToe Running in Toronto. The Divas Speaker Series is designed to create a space for women to have uncomfortable yet critical discussions about women in sport. On hand to moderate was none other than Rosey Edeh, a broadcast personality and three-time Canadian Olympian.

“There is a shift happening and in some ways, it’s defiant, and in other ways very organic,” she says. “Women are coming more into their own about their bodies and feel less intimidated and unsure about where they stand in this world. And this running series and this speaker series is about opening that up even more.”

She is looking forward to getting deep into it, whether “it” be talking about how women’s bodies feel during a race, what hurts where and why, menopause, menstruation. Nothing was off the table.

“We wanted to ask questions that maybe they may not want to ask in their runner's group with a bunch of guys around,” she says.

Although the world of sport is evolving, it takes time and not everyone has had the same lived experience as, for example, Edeh. 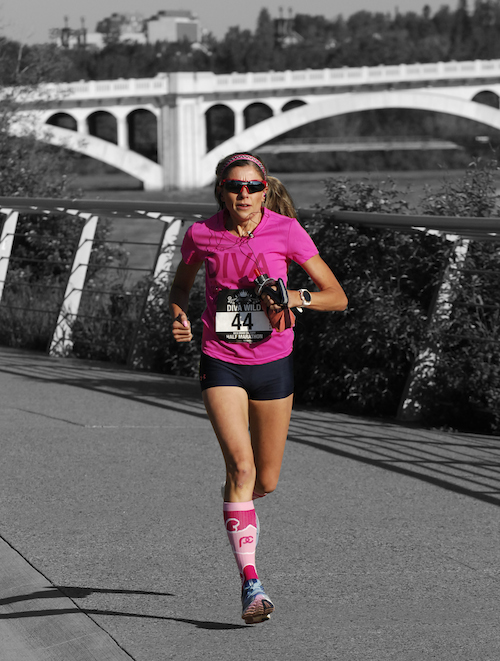 “As a kid, I was always running around, and then all of a sudden there I am on the Olympic team. For me, being in sport a natural part of who I am,” says former Canadian Olympian Rosey Edeh, who moderates the Divas Speaker Series. “But it’s not necessarily a natural partner to many women and girls.”

For some, the addition of motivational support from well-built firemen is all that’s needed to get a runner out to Divas, “Yes, they are definitely easy on the eyes,” says Pedlar. “At the finish, the athletes can take their pictures with them holding their well-earned hardware (the finishers medal). Definitely, a fun way to take a race photo. I have had women tell me one of the reasons they do the race is solely for the firemen.”

Let’s face it, runners need goals and motivation, and they are not all created equal.

The Divas definitely delivers on numerous points from the supportive environment, to the sweet hot pink tutus to go with the tiara and boa, to that finish line bubbly and firemen selfie. And the Divas is also a major fundraiser for Rethink Breast Cancer.

Bottom line: It could be one of the most enjoyable running events you’ll ever attend.

“It can be a sea of tutus and tiaras and feather boas. Everyone congratulating each other and hugging and sharing their race journey,” says Pedlar. “I have overheard many people who already start planning on registering for the next Divas race. It’s an experience that will stay with you forever.”