Get Out There announces new ambassador Nick Troutman 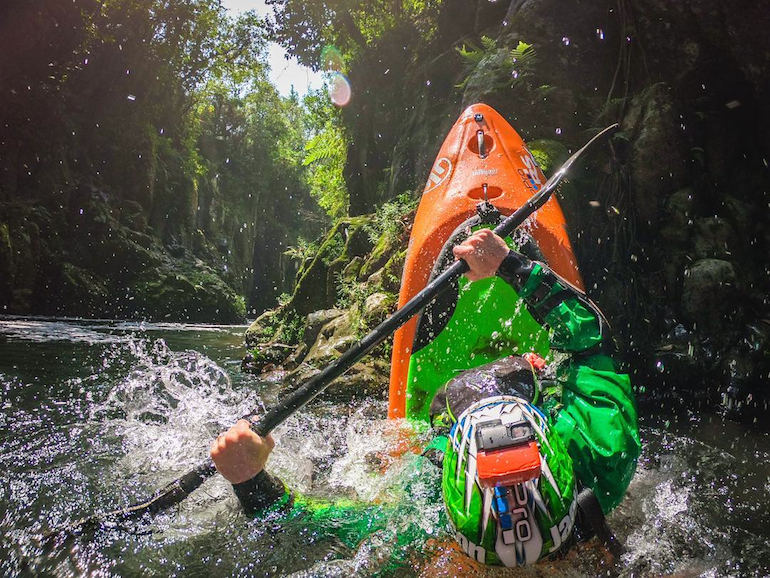 Although it’s a cliché, there is little doubt that Troutman is living the proverbial dream.

The Beachburg, Ontario native is a professional whitewater kayaker, world and Canadian champion (GoPro, Adidas and Jackson Kayak). But Troutman is far more than just a fierce competitor. He’s an avid adventurer who has made the search for the stoke his life.

Troutman, alongside his wife of 10 years, and another seriously talented kayaker, Emily Jackson (daughter of freestyle kayak legend Eric Jackson) and their two kids and two dogs, travels the world searching for the best rivers to run, waterfalls to hurl their pint-sized watercraft over and generally have adventure after adventure.

Over the last couple months, he finished up the Reno River Festival in Nevada (he won), after having been at the Paddle South event in Georgia (he was second, Emily won the women’s division) in addition to stops in Colorado and the Grand Canyon. He is also eyeing the upcoming Go Pro Mountain Games in Vail, Colorado before he and the fam head overseas to Spain for the 2019 ICF Canoe Freestyle World Championships beginning June 29.

It’s him and the family on a neverending road trip in his GMC Sierra truck with a 28-foot trailer in tow behind and rivers and adventure on their minds creating exciting social media content and video blogs along the way.

“We’ve been doing this at least 13 or 15 years when Emily and I were just dating I guess then we got engaged, got married and have been married 10 years now,” he says.

“After having kids, it really slowed down the number of travel hours in a day, and it really opened up these rad family adventures, checking out different state and national parks, even smaller town parks and stuff like that.”

Currently, the Troutmans are on what they’ve dubbed their Wild and Free Tour, but they’ll be back home. Eventually. When not on the road, maybe a couple of months a year, the family have a home about 90 minutes south of Nashville, Tennessee.

“When we were young, we were just busting out 16 hour days back to back to back going coast to coast,” says Troutman, whose kids are two and five. “We can’t do that now, so we find something cool along the way every day. And it really is way more fun to do that and check out all these amazing places.”

Before hitting Reno, and after hearing about the recent high water back home in the Ottawa Valley, Troutman returned to his old paddling grounds to take advantage of the epic conditions, while also doing his part to pitch in with flood prevention efforts. 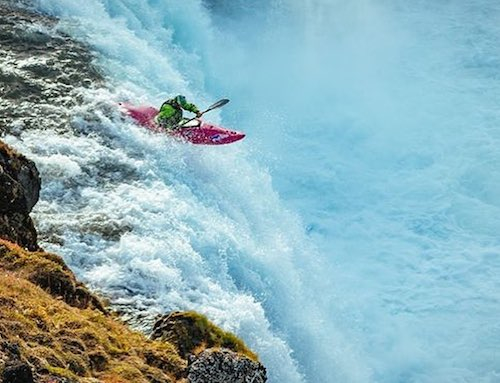 It’s an area he knows very well, and one he considers the top spot for whitewater kayaking on the planet with legendary waves with ominous names such as the Greyhound Bus Eater.

His parents still live in the area, and he returns every summer to visit them with the family.

“We’ll probably hang out there for July and August and then make our way down the east coast for the fall, do a couple of races, and eventually head back down to Tennessee probably around October,” he says.

While there, he’ll also spend some time coaching the Ottawa Kayak School’s legendary Keener Program, which he does every summer. It’s where Troutman himself first learned to paddle when he was in high school

“It’s such a rad program with these kids who are super into kayaking so it’s easy to teach them,” he says. “They are so enthusiastic that I just want to give out any info I’ve got. I usually try to do a minimum couple week, and they continue to stoke me on kayaking.”

For Troutman, he was hooked right away by the whole freestyle aspect.

“You can do all these cool tricks, the boats are way shorter and it’s just a really rad scene,” he says. “I immediately fell in love with the sport.” 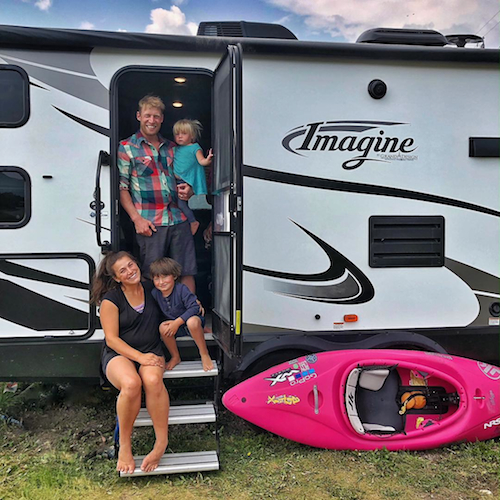 He soon became a coach in the program, started entering and doing well in contests, then the travel and the rest is history in the making.

“It’s like a ball rolling down the mountain, we’ve taken on that momentum and I feel like I can’t stop now,” he says. “We want to continue exploring, having adventures with the family. It’s awesome.”

As one of our new ambassadors, our readers will have the opportunity to follow along with some of Troutman’s adventures via our social media accounts and hopefully, learn a few kayaking tips and generally be inspired by some of his exploits. He’ll be contributing content in the near future so get ready to Get Out There.

Make sure you follow Get Out There and Nick on social media to get in on all the fun.

We'll be making another ambassador announcement next week.