Our top outdoor sports stories of 2020

Well, most everyone is happy to forget about the past year, and look forward to a return to some sort of normalcy in 2021. But, we thought we'd take a quick peek back and highlight the stories that resonated with our readers. Herewith, our top five stories of 2020.

The return of Eco-Challenge

A decade later, the world's most dangerous race returned and it was a hit with outdoor adventure fans around the world. Two of our most widely read stories of 2020 included a piece on the return of the race itself and a chat with Canadian adventure racer Tessa Jennison who served as TAC on one of the competing teams as well as a Q&A with Ontario adventure racer Bob Miller who captained his team to a second-place finish.

More than six years after publication, the now-classic story of how to safely have sex in the woods continues to be one of our most widely read stories. We aren't judging, this year unlike any other, we needed to do pretty much everything else outdoors, so why not this most important of activities. 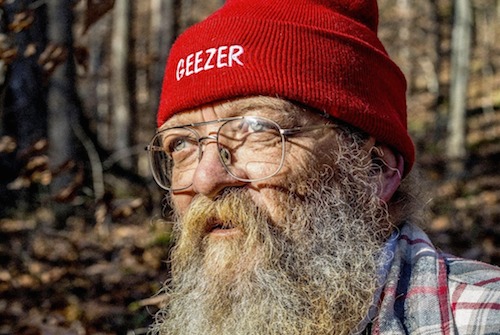 Second, only to a global pandemic, the Black Lives Matter movement continued to advance an agenda of equality around the world and in every facet of society. When race director Lazarus Lake ousted a team from one of his races named Black Lives Matter in the name of keeping politics out of ultrarunning, the move drew much criticism. Get Out There spoke with Lake and the captain of the ousted team.

Yes, 2020 was the year to stream everything. We spent a lot of time indoors, quarantining and otherwise avoiding the pandemic. So, outdoor adventurers were looking for the best films to inspire their next outings when the all-clear was given. Our story on Netflix's top outdoors flicks was a big hit for this reason.

Although events were cancelled around the world, race directors pivoted to offer virtual versions complete with medals, race kits and places for competitors to upload scores and share information. Creating community was so important. Our list of 25 (and then 30) virtual races across the country proved quite popular and helped fill the void for runners.