People are reselling Ontario Parks reservations and we are not amused

Plus, businesses such as Campnab that can actually help find available campsites the right way

What’s next? A guy in a trench coat hanging out on the side of Hwy. 60 near the Algonquin Park gates asking anyone who rolls down their windows and slows the car if they’re looking for a sweet reservation. After a quick nod, the pair head off down a side road to exchange a wad of cash for a plum waterfront site at Mew Lake?

Camping reservations at parks across the country are off the charts this year, and that kind of activity and interest, unfortunately, tends to come with certain opportunities to make a quick buck. Case in point, the new trend of selling off camping reservations on sites such as Kijiji.

Are booking-bots really a thing on your camping reservations website? Here's a screenshot from @Kijiji

Seems as though this type of activity doesn't fit with your values & mission. Seems as though all Ontarians deserve access to camping sites. #Ontario pic.twitter.com/ItNT0U0F5I

What is Ontario Parks doing about it? Not much, apparently.

When asked about the prevalence of reselling campsite reservations, a representative of Ontario Parks responded with a prepared statement.

“There are instances where outside operators provide a camping service in provincial park campgrounds. These operators are not associated with Ontario Parks,” the statement read, in part.

“When making a reservation for a campsite through Ontario Parks, all reservations are offered on a first come first serve basis and each individual or operator can only make one reservation at a time. Any outside operators would be part of this same reservation process.”

Sure, all well and good, but as we have learned through other adventures in reselling in areas such as concert tickets, other third parties can create programs or bots to churn out camp reservations while the rest of us are stuck on our laptops for hours at a time.

Other jurisdictions in Canada have struggled with similar misuse of the reservation system, and have done something about it. British Columbia tackled the issue back in 2016 when it forced customers to provide one or two names for the reservation that cannot be changed.

Is this happening in Ontario? Nope.

Yes, the registered permit holder is the only person who may check-in and occupy the site, according to Ontario Parks. But “reassignment of reservations by outside operators or individuals is permitted under provincial park legislation. The park permit must be modified to reflect the new reservation holder,” the statement read. So, transferring or reselling the reservation is permitted.

The outrage expressed via social media and in other quarters is akin to when reselling of concert tickets took on epic proportions and there were demands put on Ticketmaster and other vendors to change their ways. Not an easy task.

But, here is the thing. We own Ontario Parks. It’s a provincial government entity, so why wouldn’t something be done? Why shouldn’t there be fair access to our own parks instead of having some game the system?

There are some legit and helpful ways third parties can help those struggling to find a site.

Campnab was launched back in 2017 by Smash Labs with a direct mandate to end the frustration of endlessly hitting the refresh button in an attempt to land a camp reservation at a sold-out park.

The site does not book campsites at all, and it does not resell campsites. It simply uses a program to scan the reservation system for new sites that pop up after cancellations during the camping season. And that happens a lot.

After the site is found, a notice is sent to the user to book the site. That’s it.

Algonquin Park in the summer is always full

According to co-founder Eric Karjaluoto, the site, which started in British Columbia, was borne of frustration we all feel over the time-consuming nature of trying to find a decent campsite.

“We built a system to automate that process,” Karjaluoto says.

After two months, Campnab expanded to Ontario, then Alberta and is now scanning for available sites at sold-out campgrounds in the United States as well.

“We don’t resell anything and we don’t book anything,” he explains. “But what we do is we save you the grief of having to manually hit refresh all day long.”

At the beginning of the season, park booking systems whether Ontario Parks or any other, get a flurry of activity right away and the most popular areas such as Algonquin Park in Ontario or Yosemite in California are sold out very early. But, often, because there is so little disincentive to booking, people book more than they need. And once vacations are set, excess reservations are cancelled and go back into the system.

Campnab is constantly scanning the system looking for those cancellations that pop back up.

Campers can use Campnab for a single scan per use, or per month or annually. The top-end service will scan for a reservation every five minutes. Prices start at around $10 per month.

That fee does not compare to the ridiculous sums in the hundreds of dollars being asked by those reselling prime sites at sold-out campgrounds.

According to Karjaluoto, this season is exponentially busier than any prior years as a result of the pandemic, and the need to get outside and away from the city. 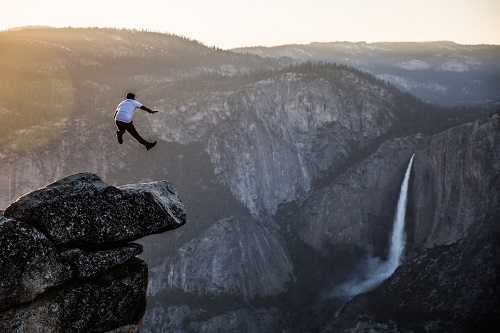 South of the border, in the United States, the quest for campsite reservations in the most popular areas such as Florida and Yosemite is even more competitive than in Canada.

These new issues with ticket reselling are likely the result of old-timey booking systems that have been ignored too long, a steadily increasing population and this new camping boom.

So, it appears now is the time to do something and there is no better place to start than Ontario Parks and your local member of provincial parliament.

It appears things are already underway. A recent Facebook post calling out campsite resellers as “Opportunistic a—hats,” has been shared more than 1,100 times in 24 hours.

SHARE THIS FAR AND WIDE Have you been trying to get a camp site at a provincial park this year and having a hard time...

Comments on the page range from mad to really mad. For instance, one person wrote “Well that explains why I couldn’t get a site!!! Woke up every morning for two months trying!!! My family is so disappointed, as this is an annual tradition for us!”

Let’s hope Ontario Parks takes this seriously and removes the ability to transfer camping reservations for a start. Until then, remember that there are some helpful tips for booking campsites in Ontario such as finding smaller parks and scheduling trips during the week.

And, Parks Canada reservations will be opening up soon, so prepare yourself with some finger exercises to help with that refresh button.

Biathlon is an exhilarating winter sport that combines cross-country skiing and shooting
Our favourite outdoor gear finds this season
A review of the Hotcore Hypnos 3 sleeping pad
Work from home in one of these charming Canadian ski towns this winter
Festivus Day 3: Win a prize package from Hotcore Outdoor Products
Canada is getting a new 200-mile race in 2023
Festivus Day 4: Win an Osprey Transporter Duffel
Festivus Day 5: Win a Helly Hansen Odin Lifa Pro Belay Jacket