Last summer amidst the pandemic, the team behind BC Bike Race and a hundred gravel-loving cyclists descended on the beautiful Okanagan Valley for a new adventure — the inaugural BCBR Gravel Explorer. This year, the event returns bigger and better than ever with the addition of a new one-day event and a new five-day event from Sept. 24 to 29.

“Last year was spectacular between the areas biked, the fall temperatures, the cliffs, the crisp blue skies, we’re in the Okanagan overlooking the wineries and the lakes; it's just a beautiful backdrop,” says race director Andreas Hestler. “And the Okanagan has incredibly diverse terrain from the Kettle Valley reclaimed gravel rail trail to the forestry service roads, to little single track zones, you've got forested areas, you've got tall grasses and vast landscapes and views. It's just a beautiful area.” 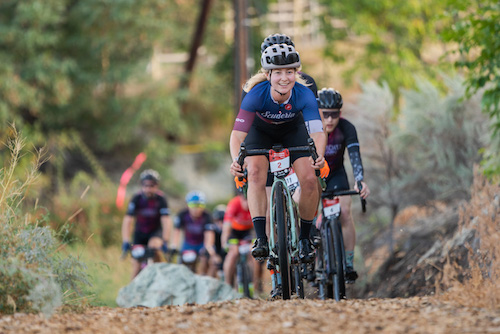 The race is inspired, in part, by one of the founders of BCBR moving to the Okanagan region where gravel biking is absolutely booming. That, according to Hestler, and the fact that a lot of OG mountain bikers were looking for something to keep the stoke alive, but without the physical demands of bombing singletrack all day long.

This year, in addition to the five-day stage race, BCBR is adding a one-day event held on the first day of Gravel Explorer, Sept. 24.

According to BCBR, the LT one-day event offers a total distance of 91km, including a 71km timed race route, followed by a 20km slow ride touring the wineries of the Naramata Bench that give the Okanagan the feel of Tuscany, Italy.

And, yes, there will be a party at the end of the day. 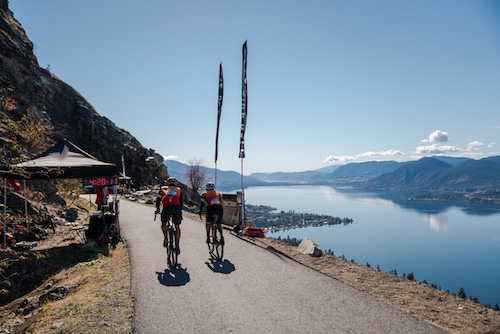 Al Saunders participated in the five-day event last year alongside his wife, and was thrilled.

“Supreme event, good mix of smooth mountain bike trails and buffed gravel roads to keep everyone happy,” Saunders says. “Naramata is an ideal setting for an event like the BCBR Gravel Explorer, with great food and fine wine to end an epic day of riding.”

The five-day event will follow similar terrain to last year, but there will be a central base in the town of Penticton, BC, and each day’s route will cloverleaf off and explore new territory before returning, resting up and getting ready to rip the next one.

For days two to four, gravel cyclists will hit the most iconic as well as the most unique and undiscovered areas of the Okanagan. On day two, cyclists will get a look at 61kms on the backroads of Summerland in South-Central Okanagan with 1173 metres of elevation as well as the Kettle Valley Trail. On day two, it’s deep into the stunning forests on 62km of forestry haul roads near the Okanagan Falls region. Day three is the Twin Falls area before finishing up with Naramata. 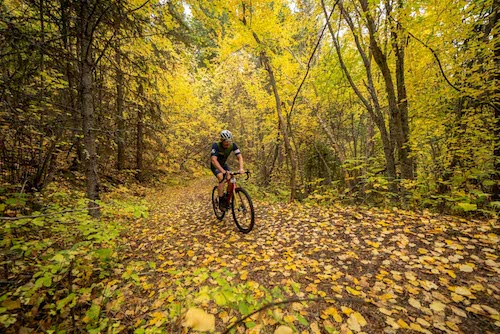 “After each day’s riding, participants head back to their hotel at the end of the day comfortably,” Hestler says. “It's going to cover some pretty incredible terrain, as these people explore and uncover the gems of gravel riding in the South Okanagan.”

Participants who sign up for the five-day event get all the riding they can handle over five stages with professional timing and results, custom leader jerseys for all categories, custom-designed finisher shirt and medal, schwag bags, fully-stocked aid stations, post-race finish-line nutrition, an on-course tech zone, medical support, course markings, bike patrol.

“Canada has got so much forestry service road. So it's kind of like how do you blend in that sort of mountain biking-style single track with gravel,” Hestler says. “The Okanagan is wine country for BC with huge lakes and beautiful views. What a great way to get around and check it all out.”

To register or for more information go to Bcbrgravel.com.