7 breathtaking natural wonders in Canada to explore this summer

Most Canadians know they live in one of the world's largest and most geographically diverse nations. From the snowy mountaintops of the Canadian Rockies to the sand dunes of Manitoba and everything in between, this country is made for adventure.

While there are plenty of places to explore in Canada, some natural wonders will leave you breathless. These bucket list-worthy sights, courtesy of Mother Nature, are a beauty to behold.

According to an online poll by the CBC, here are the top seven natural wonders of Canada as voted by Canadians. 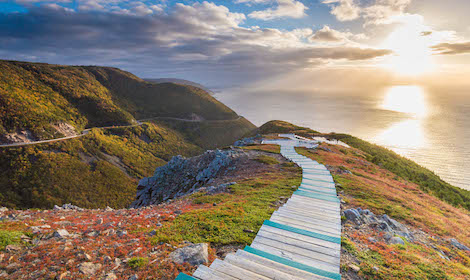 If you’re a fan of stunning views, the Cabot Trail will not disappoint. Located in the province of Nova Scotia, the trail is a 298 km highway that runs through The Cape Breton Highlands National Park.

Travellers can drive this scenic road or explore its many hiking trails. There are trails for all experience levels and a hiking festival for those who want to fully explore the coastline and highlands. The Skyline Trail, in particular, is famous for its beautiful sunsets and incredible vistas of the Atlantic Ocean.

Relay runners might want to check out the Cabot Trail Relay Race which takes place every May. Meanwhile, cyclists and kayakers can explore the trail on a guided or self-guided tour. Other activities include camping and fishing as well as skiing and snowmobiling in the wintertime. 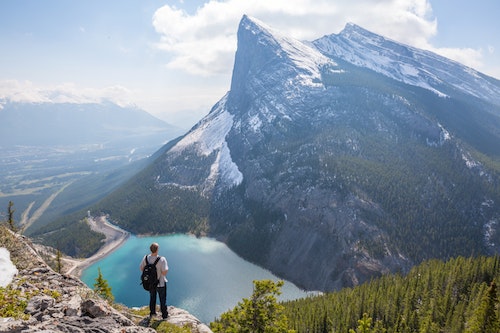 It’s no surprise that the Canadian Rockies made it on this list of natural wonders. These picture-perfect mountains stretch across the provinces of Alberta and British Columbia. At the heart of these mountains are four national parks: Banff, Jasper, Yoho, and Kootenay.

Recognized worldwide as a UNESCO World Heritage site, the natural beauty of the Canadian Rocky Mountains attracts visitors from all over the world.

You could hike, climb, mountain bike, or ride a gondola to the peak of a mountain. Meanwhile, water sports enthusiasts will love the alpine lakes in the summer. There are also several skiing and snowboarding resorts in both provinces that take advantage of the vast mountain terrain. 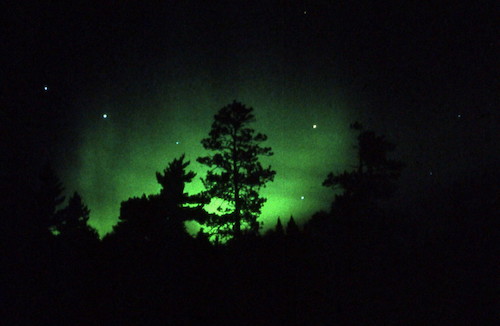 Also known as the aurora borealis, this magical display of lights is most visible in the northern territories of Canada. However, it is possible to catch a glimpse of the Northern Lights in other parts of the country with minimal light pollution.

If camping under this beautiful night sky is on your bucket list, you’re in luck. There are many wilderness lodges and resorts in Nunavut, Yukon, and the Northwest Territories with glorious views of this natural phenomenon. Most of them offer activities such as sledding, ice fishing, and kayaking as well.

Nestled in the untouched wilderness of the Northwest Territories is one of the most beautiful places in Canada. Nahanni National Park Reserve was the first in the world to receive the UNESCO World Heritage status for its natural beauty.

This park boasts wonders such as Virginia Falls, a wilderness waterfall with twice the drop height of Niagara Falls, and the Cirque of the Unclimbables, a cluster of granite peaks that challenge even the world’s best mountaineers.

The 30,000-square-kilometres park is found along the astonishing South Nahanni River. Experienced  paddlers can brave the rapids of this wild river on their own, but signing up for a river trip with an Indigenous guide is highly recommended.

Canoe expeditions operated by members of the Dehcho First Nations are available in the summer. You could also take in the unbelievable sights on a scenic flight or heli-hiking tour.

Located between New Brunswick and Nova Soctia, the Bay of Fundy is a must-see marvel for anyone who loves nature. In addition to the highest tides in the world, the bay is known for its uniquely-shaped boulders, marine life, and fossil finds.
You can walk or run on the ocean floor, bike or hike trails, and paddle the Bay of Fundy on a kayak. There are also whale watching boat tours if you want to see the largest animal in the world up close and geological tours for those in the mood for fossil hunting.

Chances are, you’ve visited Niagara Falls at least once in your lifetime. Seeing these spectacular waterfalls on the Ontario-New York border is something of a Canadian rite of passage.

If you want to explore these falls further, try boarding a boat tour to feel the mist of the Horseshoe Falls on your face. You can also explore the numerous hiking trails surrounding the falls and along the Niagara River.

At the top of the list is Thunder Bay’s Sleeping Giant. Nestled in the southern part of Ontario's Sleeping Giant Provincial Park, this land formation resembles a giant laying on its back.

According to Ojibway legend, the giant is a Great Spirit named Nanabijou. Due to his love for the Ojibway tribe, Nanabijou gave them the gift of silver. When the location of his silver mine was discovered by Europeans, Nanabijou laid down and turned into stone to protect his gift.

If you want to see the Sleeping Giant in person, try camping at one of the many campsites throughout the provincial park. There are also plenty of hiking and mountain biking trails with incredible views of this natural wonder.

Tips for trail running in the woods at night
Five great Ontario rail trails for cycling and running adventures
Five tips for adopting a more efficient running style
How to start skateboarding no matter how old you are
Canada's original gravel racing event Kettle Mettle returns to the Okanagan
Destination race profile: Jamaican splendour on tap at the epic Reggae Marathon
Parks Canada is giving away 4,000 passes to Americans
New regional park with overnight camping on the way for Bowen Island