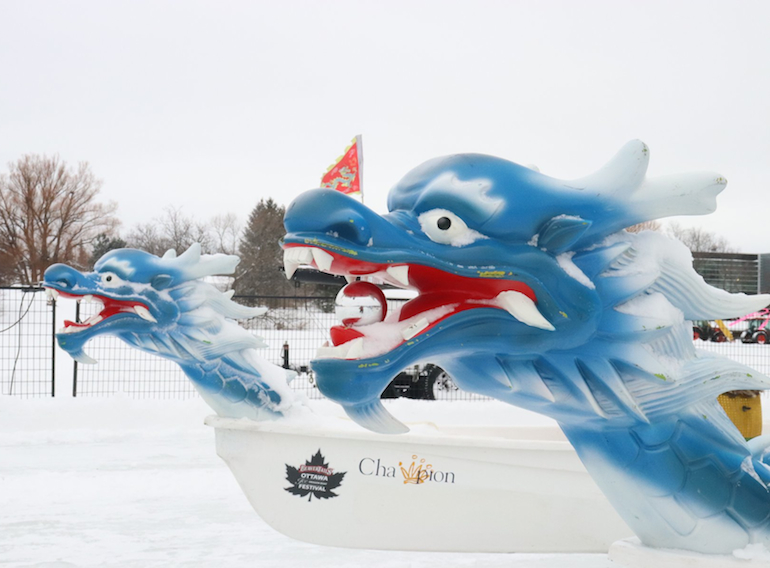 Ottawa is known for having a lot of hot air, being the seat of government and all, but it’s also a city that embraces the cold and nowhere is that more in evidence than during the incredible BeaverTails Ottawa Ice Dragon Boat Festival.

What’s ice dragon boating, you say? For this unique competition, boats are equipped with skate-like blades and participants propel themselves along a 100-metre racecourse using spiked ice picks. The event takes place on the frozen Rideau Canal — the world’s largest skating rink!

“This ice dragon boating involves crews of 10 paddlers plus one drummer and one steers-person who race against other teams on a frozen river or lake course,” says Antony Cooper, the festival’s director of operations. “Ice dragon boating is quickly emerging as a popular winter sport around the world.” 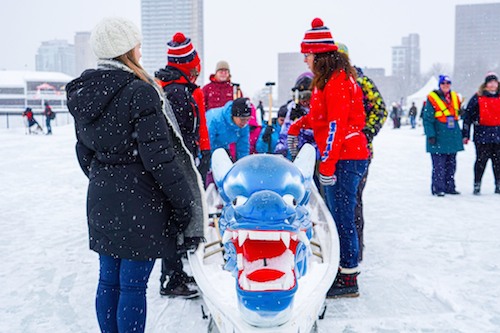 "Ice dragon boat provides a great core and upper-body workout in a fun winter team environment,” he adds. “IDB1's, solo ice dragon boats, operate in a similar manner to the fully crewed boat, with competitors propelling themselves along the course with a spiked paddle.”

No wonder this event, although still fairly new, is wildly popular with both athletes and spectators alike.

"The event provides a unique experience that honours the roots of dragon boating and combines it with Canadian winter sport culture,” Cooper says.  “Due to the specific requirements to host the sport including the size and thickness of the ice surface and the temperature conditions the sport will always be a unique challenge and fun experience. The more versatile IDB1’s, solo ice dragon boats, will provide an even greater opportunity to get out on the ice and have some fun.” 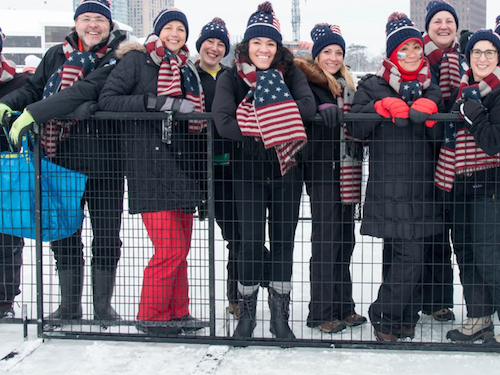 “Typically 60 per cent of the people who come and participate are from outside of the Nation’s Capital. We've had people from all over the world participate and so many great experiences from the inaugural edition, which was the first-ever ice dragon boat race in North America, to the 2nd IIDBF World Ice Dragon Boat Championships in 2020,” Cooper explains.

Registration for the team event at Dow’s Lake on Feb 3-4 and the first IDB1 World Championships at TD Place Arena on Feb 11-12, will open on Oct. 5 at 12PM EST. Anyone thinking of taking part should be warned, this event sells out and sells out quickly so do not delay.

The festival also includes a slew of activities and concerts at multiple sites along the Rideau Canal Skateway, Dow’s Lake, TD Place Arena and Ottawa live music venue The Rainbow. 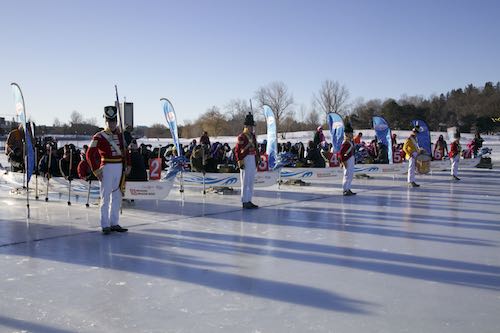 The festival also honours the cultural traditions and rituals of dragon boat racing with a performance by the Success Dragon Lion Dance, followed by the centuries-old tradition of the mythological eye-dotting ritual which breathes fire into the ice dragon boat festival, to awaken the spirit of the dragon.

An annual highlight of the festivities is the ODBF Shiver ‘N Giver fundraising races, an inspiring competition for local charitable causes, which are held under the night sky on an LED-lit race course. Some freezing fun and an incredible sight for both spectators and participants and all in support of partner charities of the ODBF. 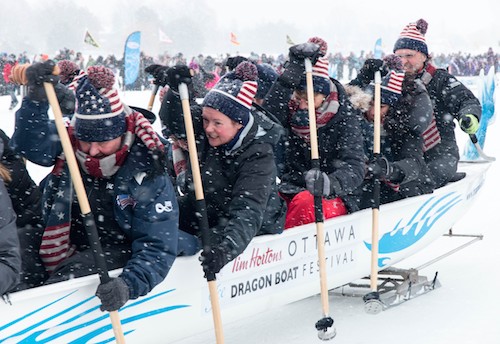 Organizers are excited to present all these activities and more including wood sculptures from Aylmer-based chainsaw artist Josh Dagg and an IDB1 ice sculpture that will be presented alongside many other wonderful ice sculptures showcased as part of the annual Winterlude festivities.

“The festival races have sold out each year due to unprecedented demand, attracting new participants from around the world,” Cooper says. “In addition to the unbridled passion for the sport, the festival's well-received free concert series has grown to present artists across 18 days throughout Winterlude 2023, as part of one of Canada’s most prestigious winter celebrations.”

Work from home in one of these charming Canadian ski towns this winter
Our favourite outdoor gear finds this season
Festivus Day 4: Win an Osprey Transporter Duffel
Festivus Day 5: Win a Helly Hansen Odin Lifa Pro Belay Jacket
Festivus Day 3: Win a prize package from Hotcore Outdoor Products
A review of the Hotcore Hypnos 3 sleeping pad
Canada is getting a new 200-mile race in 2023
Biathlon is an exhilarating winter sport that combines cross-country skiing and shooting