Exciting changes ahead for Banff and Norquay 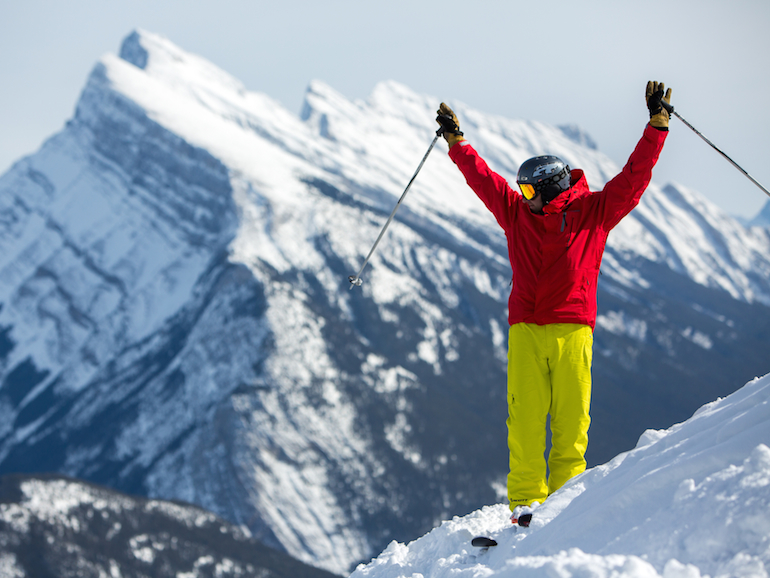 There are some exciting developments on the way in the Canadian Rockies town of Banff and it begins with a plan to revitalize the nearly century-old Norquay ski resort in addition to a move to enhance the visitor experience in the town itself.

In a nutshell, the Norquay 100 vision, so named to align with the upcoming 100th anniversary of the ski resort in 2026, is to replace the North American chairlift with a two-station gondola as well as remove the North American lodge, expand and restore Cliff House, relocating and restoring ski jumping judging towers, creating an accessible via Ferrata route, and an enhanced shuttle system.

“For nearly 100 years, Norquay has served as Banff’s backyard, an iconic destination for skiers and sightseers, often providing visitors their first introduction to Banff National Park,” said Andre Quenneville, General Manager, Mount Norquay. “As we start to look towards our second century of operation, we are putting plans in place to improve the visitor experience and make ourselves more accessible as well as environmentally and economically sustainable.”

The project has a lot of positives for the area, especially regarding a decrease in the built footprint of Norquay, restoring wildlife habitat and generally concentrating services in a more efficient way. 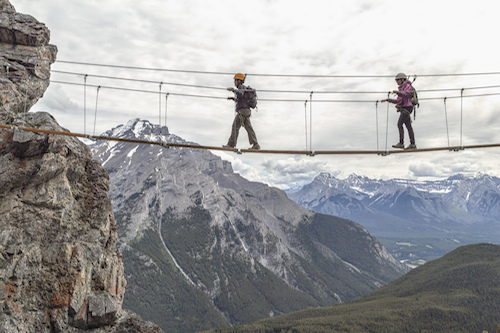 What is exciting, though, is that the revitalization will also include the world’s first wheelchair accessible via Ferrata.

“Without this project, Norquay is not economically sustainable because it does not generate enough funds to replace its existing lifts at the end of their life,” said Quenneville. “In every step of our plan, we are taking steps to provide a best-in-class visitor experience with “view from the edge” sightseeing and learning and wellness opportunities while reducing our per-visitor environmental impact—by providing a gondola alternative adjacent to the town of Banff, the project will reduce traffic congestion in town, particularly at the Bow River Bridge.

History buffs will want to know that the North American Chairlift was originally built in 1946, and upgraded in 1974. It has been dubbed the most outdated chairlift in all of Western Canada.

A new gondola will also double the total number of gondolas in the Banff area and take some pressure off of the Sulphur Mountain Gondola by adding another choice for visitors.

In addition, the Government of Canada has announced an $8 million investment for Banff National Park visitor reception and education in downtown Banff as part of the development of the 200-block of Banff Avenue. 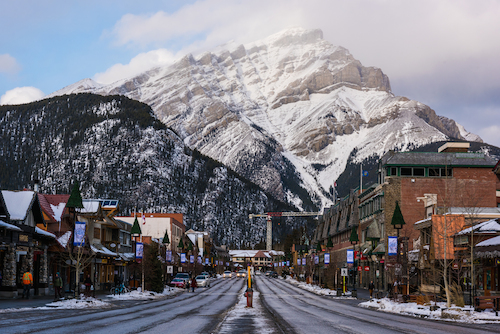 Apparently, the government has been working for more than two-and-a-half decades to cobble together the adjacent lands on the 200-block to make this happen, and the day has finally arrived.

Parks Canada’s public consultation will aim to gather information to develop guiding principles, a decision-making framework, and redevelopment options for the 200-block. The planning process is just beginning and no decisions have been made.

The latest news is part of the largest federal infrastructure plan in the history of Parks Canada.

“The Government of Canada is committed to investing in new visitor infrastructure and innovative programs and services for Parks Canada administered places. As Canada’s most visited national park, it is exciting to see this decades-long idea come to fruition for Banff,” said Terry Duguid, parliamentary secretary to the Minister of Environment and Climate Change

“Now is the time to get involved and shape the future of the Banff Avenue 200-block redevelopment to create a space and place that is inclusive of all perspectives and that offers a gateway for meaningful connection to the iconic Banff National Park,” he continued. “This project will encourage a path to reconciliation, increased tourism and job opportunities, and inclusivity for this world-class park.”

For more information on the planning process click here.

Festivus Day 4: Win an Osprey Transporter Duffel
Canada is getting a new 200-mile race in 2023
Work from home in one of these charming Canadian ski towns this winter
Biathlon is an exhilarating winter sport that combines cross-country skiing and shooting
Our favourite outdoor gear finds this season
A review of the Hotcore Hypnos 3 sleeping pad
Festivus Day 3: Win a prize package from Hotcore Outdoor Products
Festivus Day 5: Win a Helly Hansen Odin Lifa Pro Belay Jacket