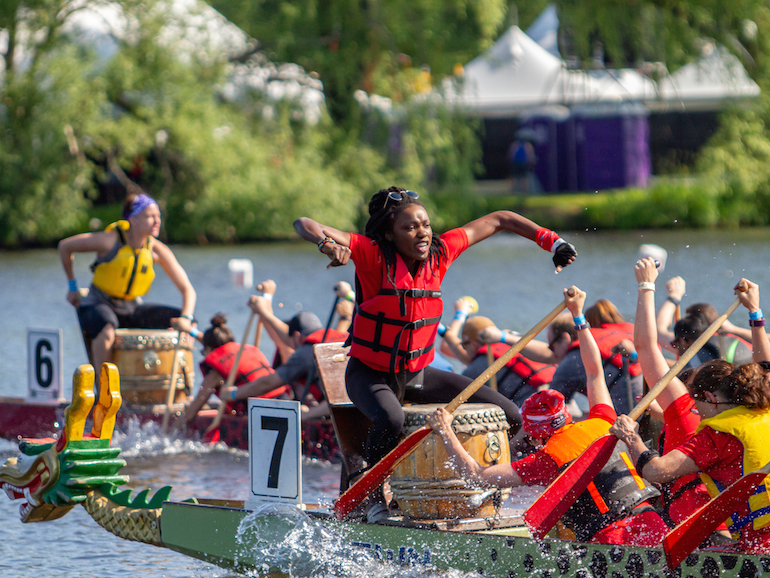 The 2023 edition is a Dragon Boat Canada Race Series Event and promises to be one of the most exciting summer events in Ottawa. This is the premier dragon boat festival on the North American dragon boat calendar. There are two days of competition and four days of amazing entertainment running June 22-25 on the Rideau River in beautiful Mooney’s Bay Park.

And, it’s also extremely popular, so early registration is always a good idea.

“It is a free family community event celebrating its 30th year, showcasing an exciting team sport and some of Canada's best music talent,” says Antony Cooper, the festival’s director of operations. 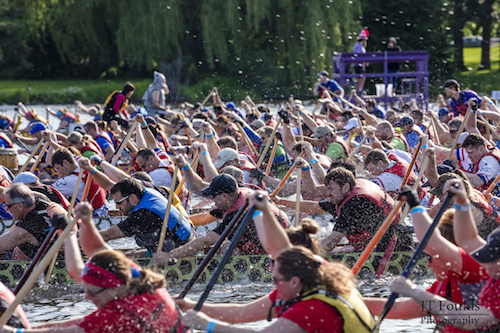 “The festival attracts teams from around the world and has hosted participants from the United States and parts of Europe and Asia,” Cooper adds.

Participants from all backgrounds and skill levels, from beginners to world champions, will have the opportunity to compete for greatness in a diverse range of divisions including the Sue Holloway Cup, named after Olympic medalist and a member of the Canadian Sports Hall of Fame for teams, who are registered with Dragon Boat Canada.

Teams will also hit the water to compete in the Breast Cancer Paddlers (BCP) Cup, and the Pride Challenge Cup, which is the first 2SLGBTQ+ dragon boat division in Canada, introduced in 2016.

In addition, competitive crews will take note that it is a qualifying year for the Club Crew World Championships being held in Italy in 2024. Those teams will be looking to race their best times to qualify.

These divisions and many more are some of the highlights of the weekend's events. 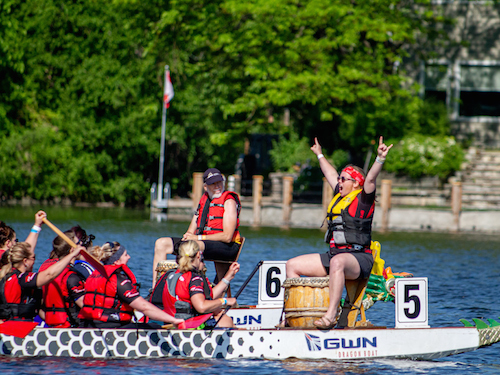 In addition to the serious and fun competition, Cooper says part of the draw is the social component.

“It is a very social sport with crews ranging from all ages and skill levels,” Cooper says. “Many companies use it as a team building activity to get their employees working together and having fun outside of the office setting.”

Although Cooper can’t share any of the amazing announcements regarding this year’s festival just yet, the news will be coming this spring that might just curl your oars.

For more information or to register go to Dragonboat.net.

Biathlon is an exhilarating winter sport that combines cross-country skiing and shooting
Festivus Day 5: Win a Helly Hansen Odin Lifa Pro Belay Jacket
Festivus Day 3: Win a prize package from Hotcore Outdoor Products
A review of the Hotcore Hypnos 3 sleeping pad
Canada is getting a new 200-mile race in 2023
Festivus Day 4: Win an Osprey Transporter Duffel
Work from home in one of these charming Canadian ski towns this winter
Our favourite outdoor gear finds this season