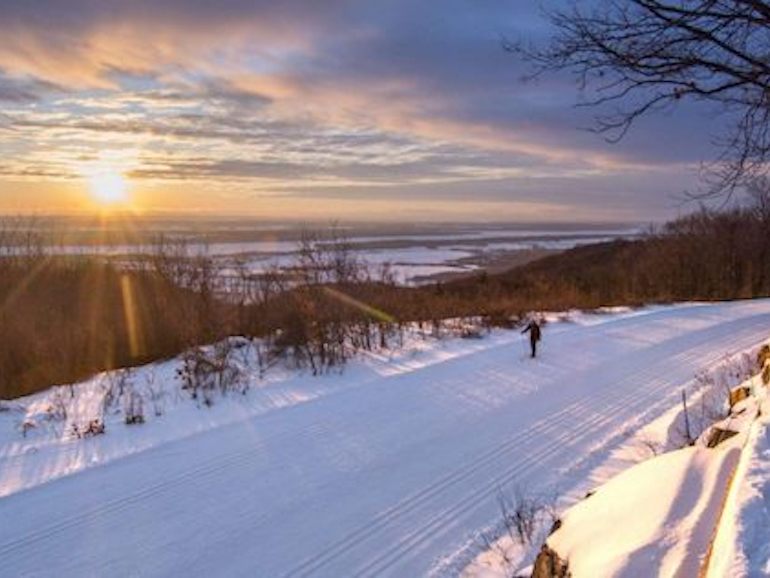 With a long weekend and school breaks ahead, it is a great time to plan an active vacation with family and friends. While alpine ski resorts are overrun, cross-country ski trips are just beginning to take hold as more people take up the sport.
This unique and incredibly healthy activity is an ideal antidote to the digital age, which allows for participants to get into the quietest and most scenic pockets of wilderness. But it also offers the camaraderie and aprés ski activities of other ski trips as most large Nordic centres are located in touristy areas.

Herewith, is our list of six bucket-list destinations to sample cross-country skiing in a big way this winter. 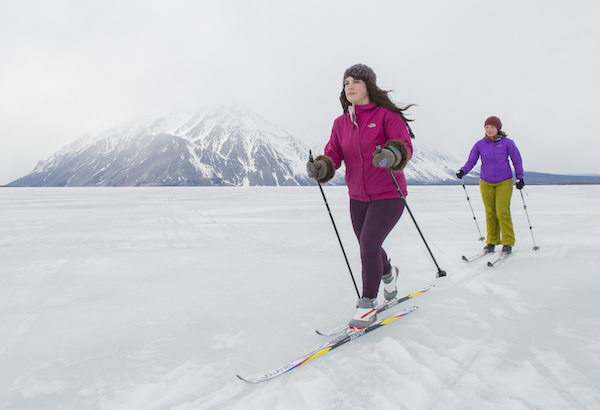 As a wilderness park, the trails are multi-use and not track set. In the winter, one could expect about four hours of daylight, not ideal for the cross-country skier. But, the days start to stretch out in February and March, and the snow will still be deep and plentiful. The short day is also offset by the opportunity to see the Northern Lights shine over this United Nations World Heritage Site during the evening. 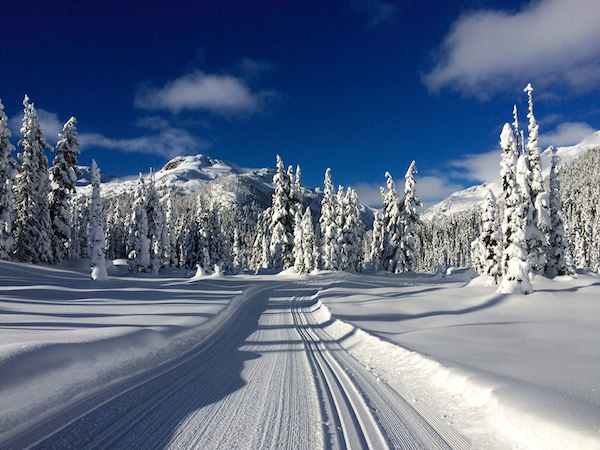 It’s a cool spot, a “passion project” built by some mountain-loving locals in 1978 just 20 minutes south of Whistler, and only an hour and a half from downtown Vancouver. Callaghan Country features more than 130km of trails for classic and skate skiing as well as snowshoeing on 7,000 hectares of beautiful country in the Coastal Mountains. There are even 30km of pooch-friendly trails so the dog can come along. Everything is accessible from the Alexander Falls Ski Touring Centre. All the trails are groomed and track set to accommodate traditional kick-and-gliders. 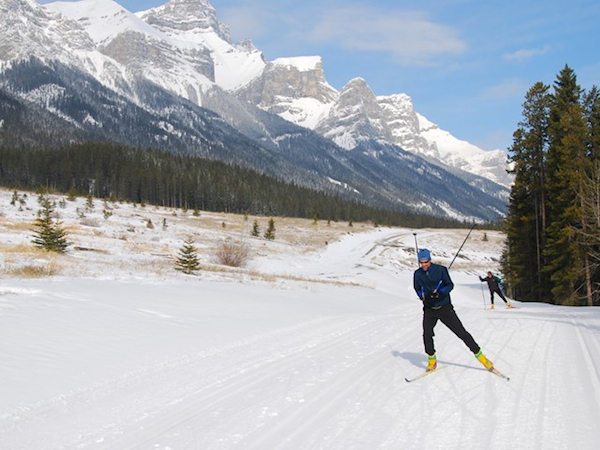 In the middle of the trail system, skiers are surrounded by spectacular views of the town, the Bow Valley and the surrounding mountains. In addition to the Nordic Centre, one of the local favourites is the 20km Goat Creek Trail that takes skiers from Canmore along an incredibly scenic and quiet trail to the Fairmont Springs Hotel in nearby Banff.

There is only one Lake Louise

It’s hard to imagine a better setting for cross-country skiing than Lake Louise in Banff National Park. Gliding through the trails surrounded by those iconic mountain views.

There are plenty of incredible trails, both classic and skate, throughout Banff, but the ones around Lake Louise are particularly stunning and also include the option of returning to Chateau Lake Louise for a drink and a snack at one of the country's most scenic spots. Moraine Lake Road is another gem.

There is camping at the Mew Lake campground, backcountry camping as well as park yurts available throughout winter.  Don’t miss Algonquin in the winter. 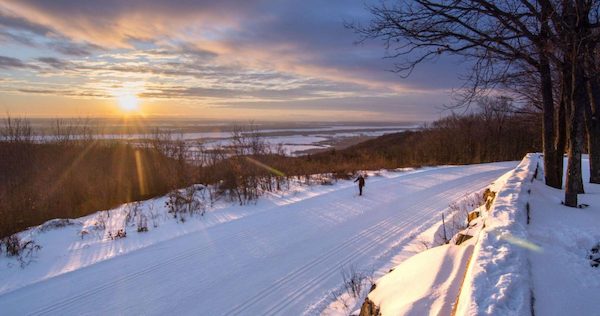