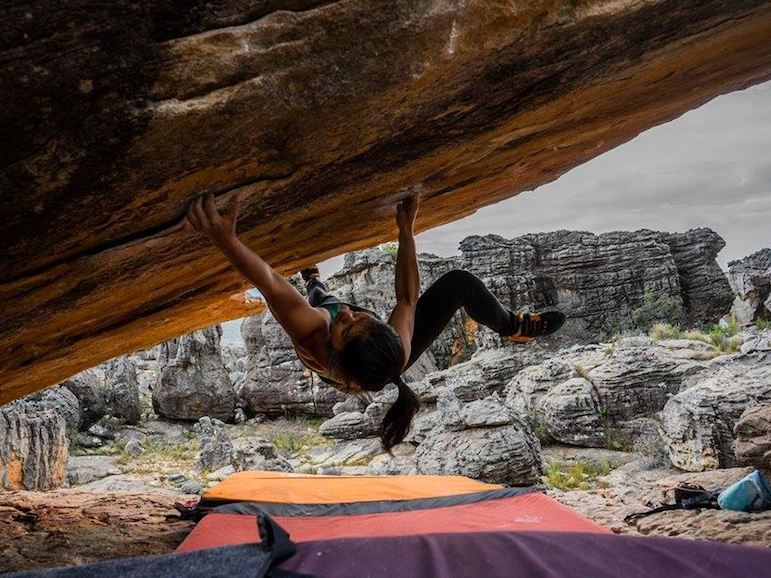 Canadian national women's climbing champion Alannah Yip had everything on the line this past weekend in California at the 2020 International Federation of Sport Climbing (IFSC) Pan American Championships. There was one spot left for the Tokyo 2020 Olympic Games, and one last opportunity to grasp it.

She made it to the finals on Saturday alongside fellow Canadian climber Becca Frangos and six other competitors from the United States, Argentina, Ecuador and Chile.

In the finals, Yip received first place in Boulder, third place in Lead, and fifth place in Speed for a combined score of 15 to claim the victory. She joins fellow Canuck climber Sean  McColl representing Canada at the 2020 games.

“It is exciting to see Alannah prevail after putting so much effort into her training,” says Christiane Marceau, Executive Director of Climbing Escalade Canada (CEC). “We all knew she was the strongest climber in Canada and has proven today that she deserves to be on the Olympic team.”

Frangos, a contributor to Get Out There, finished fifth and demonstrated incredible poise and great promise for the years ahead in earning her place in the finals. Look out for her in 2024.

Sport Climbing will be featured for the first time at the Olympic Games between August 3-6, 2020.

Here is what you need to know about ultralight backpacking
Next Weekend: An outdoor adventure guide to Lake Geneva, Wisconsin
Trail running is easier on the body, and good for the spirit, no wonder everyone is loving it
An insider's guide: Climber Sierra Blair-Coyle's favourite spots in Arizona
VR Pro's fall running series arrives with two festive faves
Our 25 favourite hikes in British Columbia
Canada Goose is dropping a bold and pricy new luxury footwear collection
25 of the best places for a fall hike in Quebec