Canadian Canoe Museum back on track with new site 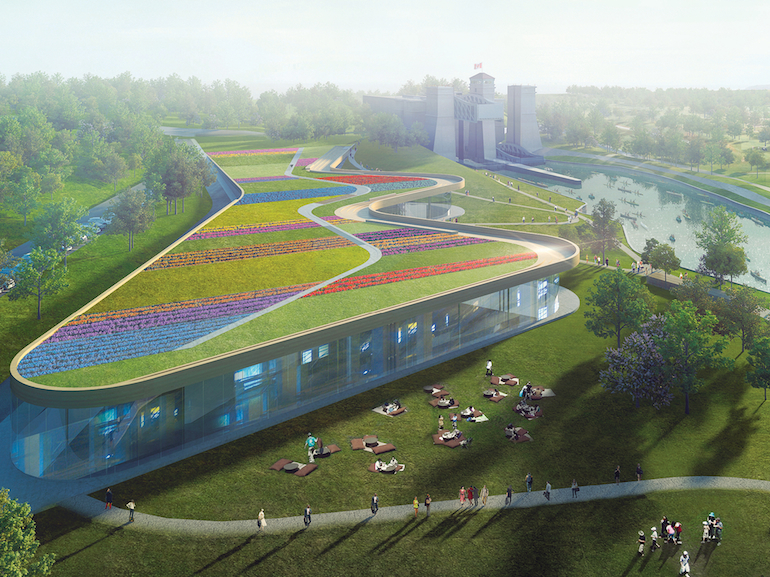 Construction set to begin this fall

The Canadian Canoe Museum (CCM) is getting a new home.

Earlier efforts to create a new space for the Canadian Canoe Museum (CCM) hit a snag, but when a new potential location came up, the organization moved quickly and planning is now well underway. Earlier this year, the CCM and the city of Peterborough announced the conditional purchase and sale of the “Johnson Property,” as the new home for the museum.

Last spring, the CCM scuttled a deal with Parks Canada for a new location after it was found to contain an industrial solvent and a variety of other chemical, but it didn’t take long to portage a new path, as they say.

“In less than a year we’ve moved from walking away from a contaminated site to forming a new build project team and identifying and securing an alternate location. The purchase of a viable new site puts our project firmly on-track,” said Carolyn Hyslop, executive director of CCM.

The Johnson property is situated on Little Lake, north of Beavermead Park and south of the Parks Canada-Trent Severn Waterway head offices.

Hyslop explained that the original goal of the project goals and vision, which continue to guide the new museum build project, were the desire to establish a home for 100 per cent of the museum’s canoe collection that meets Class A conservation standards, directly on the water, which allows for increased on-water and in-person programming while being a key cultural tourism driver in what will become a vibrant community hub on the waterfront.

The new museum will feature an Exhibition Galleries and Collection Centre totalling 37,000 square feet, which will allow the entire collection to be on site and accessible as part of the visitor experience for the first time. The museum will also offer many programs and tours to the public at their new waterfront location.

The CCM, which was founded back in 1957 as the Kanawa Museum, has a mission is to preserve and share the culture and history of the canoe.

The CCM team shared its vision for the new museum and the site with the city and community during a virtual public meeting in April.

“We are thrilled to have advanced our project to this key milestone,” noted Carolyn Hyslop, executive director, The Canadian Canoe Museum. “Our new museum design and stewardship approach takes full advantage of its on-water location and nestles seamlessly into the natural surrounding area of the Johnson Property.”

Hyslop confirmed that the project is moving forward at advanced speed to achieve its goal of being shovel-ready come fall of this year. She reinforced CCM’s gratitude for new donors, in addition to the strong continued support of its existing donors and funders, as well as that of the local community. CCM’s fundraising campaign seeks to raise up to $10M to fund the full scope of the project.

“CCM is motivated by our expedited project plan and our achievements to date,” added Hyslop.

Canada's original gravel racing event Kettle Mettle returns to the Okanagan
Parks Canada is giving away 4,000 passes to Americans
How to start skateboarding no matter how old you are
Five tips for adopting a more efficient running style
Tips for trail running in the woods at night
New regional park with overnight camping on the way for Bowen Island
Destination race profile: Jamaican splendour on tap at the epic Reggae Marathon
Five great Ontario rail trails for cycling and running adventures