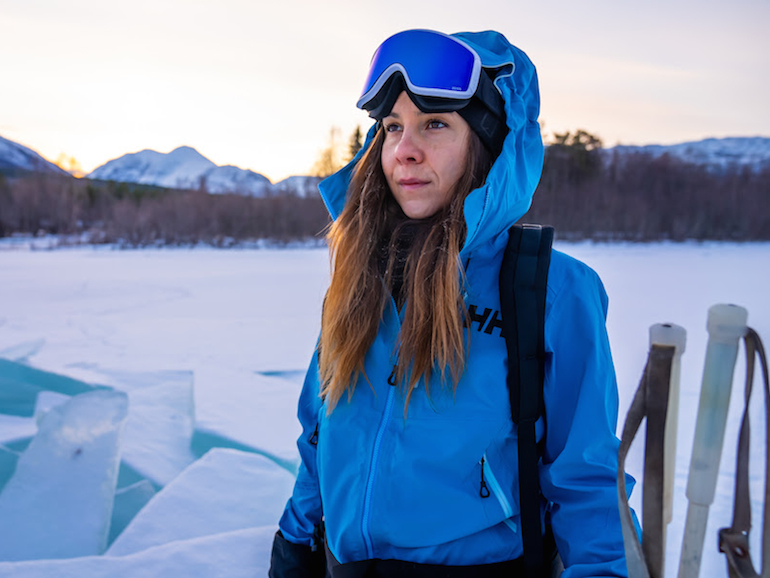 Polar explorer Caroline Côté of Montreal is currently engaged in an incredible effort to become the fastest woman to reach the South Pole on skis.

The professional adventurer and endurance Helly Hansen athlete began on Dec. 9 and is looking to break Johanna Davidsson’s record of 38 days. She is travelling planning on travelling 1130 km across Antarctica in 36 days with complete autonomy.

“I am so excited to start the movement of skiing each day,” Côté said, before taking off, “I like the repetitive eat-ski-sleep-repeat mood of an expedition.”

The expedition represents the culmination of hours of work and collaboration of people, teams and sponsors from around the world, all to set her up as close as possible to succeed.

“Hundreds of people have given their best so I could go to the end,” she explained. “All the details are now under control and I feel confident with all my equipment.”

The site also features a Helly Hansen-sponsored micro-series showcasing Côté’s preparations for the expedition, which took place in Greenland. Helly Hansen has supplied much of the apparel and gear that will be essential for Côté’s success on her journey.

The final preparations for her sled and food for the month-long trek were made with the help of her husband, polar explorer Vincent Colliard the culmination of two years of planning and fundraising. 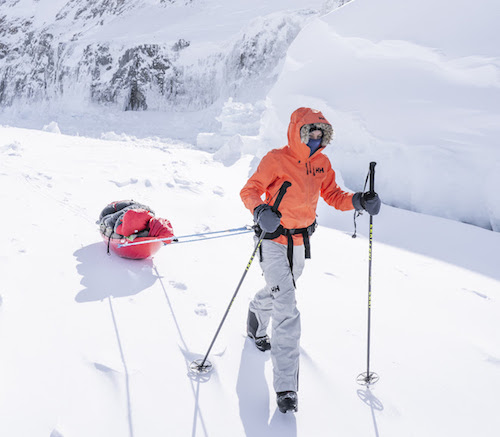 Cote set out on her adventure from Union Glacier Camp in Ellsworth Land, Antarctica, the only privately-operated logistics and expedition facility on the continent. From there she made her way to the starting point on Hercules Inlet.

“I have this image in my head of the geographic South Pole that consists of a metallic sphere on a short barber pole, surrounded by the flags of the original Antarctic Treaty signatory states and I just want to see it for real,” she said.

Fans of Côte and this herculean task will be able to track her live on this microsite as she crosses the continent. The site shows Côté’s live location, with voice updates along her journey as well as occasional blog posts. She also wants to raise awareness of the mission and activities of expedition partner Protect Our Winters (POW) Canada.

A seasoned veteran of adventures, Côté has done everything from pedal from Montreal to Banff in 30 days on a fixed gear bike and sea kayaking in the Norwegian fjords to retracing the footsteps of Wally Herbert when, for 25 days, she tried to find new access to the Antarctic Peninsula Forbidden Plateau accompanied by an international team of six people. As a result, nerves are not a factor.

“Being nervous would mean making mistakes, and I can’t allow that to happen. I don’t feel really nervous now,” she said, “I feel ready.”