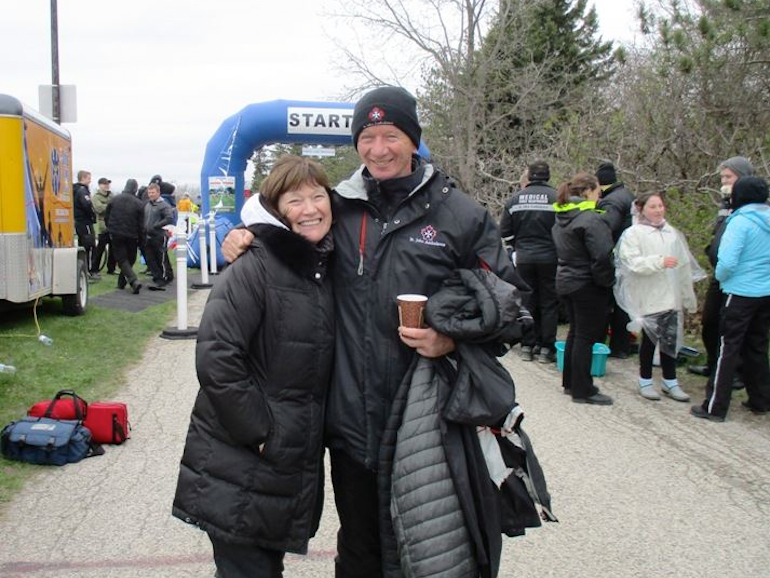 The Waterloo Marathon has officially cancelled the 2023 editions, according to long-time race director Tony Lea.

Lea is currently battling cancer and has had a year that few and far between have ever encountered.

According to him, his six-month session of chemotherapy is just about finished and he has been treated for two cancers — Hodgkins and Non-Hodgkins Lymphoma.

“Only two others, in the UK and Canada combined have had to be treated for two cancers,” he says. “On Monday of this week, I had my long session – only 10 hrs this time and in a week on Monday, I will have my short, three hours, and hopefully last session.”

Over the past six months, Lea has lost 14 pounds and had a very difficult time during this period. Before that, he also contracted COVID-19 and pneumonia.

But, given all that has happened, he remains upbeat and says his training has been a great benefit.

“We think it is because I trained five mornings a week that my reaction to the treatment was not as bad as we had envisioned or as bad as other patients have had,” he says.

He says, he has followed the most recent research and started exercising during the past month in his basement.

“Now, I have gained back the weight I lost, but lost what little hair I had left. I now look like Yoda,” he adds.

In the coming weeks, Lea will have a PET scan at Hamilton General Hospital to determine if his chemotherapy should continue.

“If not, I will have my blood work checked for the next six months,” he says.

Lea grew up in the Welsh town of Wrexham, as did his wife Babs. Wrexham is now, of course, famous for its local football club that was purchased by Canadian celebrity Ryan Reynolds.

He started the Waterloo Marathon more than two decades ago as a benefit for the fine folks at St. John Ambulance. 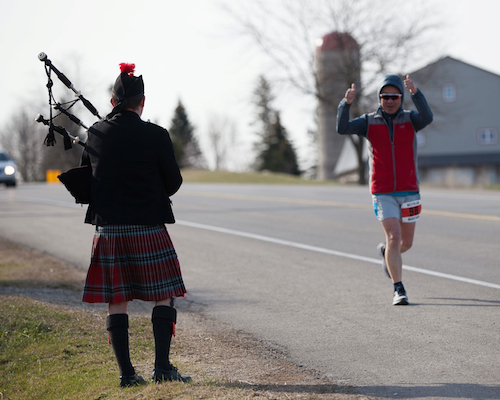 Lea was looking for a major fundraiser to purchase vehicles for the volunteer-led organization that provides a number of medical services including first-aid training. It took 18 months to plan, organize and get the route and the facilities in addition to getting the race named as a Boston Marathon qualifier.

“It also gave us the opportunity to market, promote and communicate to people about St. John Ambulance,” said Lea (during a past interview), an organization with a mission "to enhance health, safety and quality of life."

Over the past couple of years, the city of Waterloo has been increasingly problematic to Lea when it came to planning the event. So, even in good health, the marathon might not have happened.

“Not only was I not well but the Region decided to re-build the road leading into Bechtel Park. This meant that we could not use the route at the end of the race or the park. They suggested that I find another route, which was not possible,” he says.

A new policy requiring the event to close the roads made the race not financially viable.

“The regional police invoice was thousands of dollars,” he added.

It is not the time to ask whether or not this is the end of the Waterloo Marathon. But an acknowledgement of Tony Lea’s efforts and dedication to the event and to St. John Ambulance is the very least we can do.

Thanks Tony, get well soon.